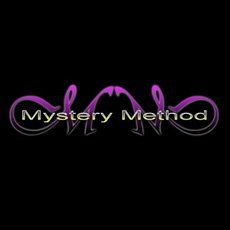 The Mystery Method Corporation was the original company to market the pick up and Mystery Method dating system developed by Mystery (Erik von Markovik).

The company was incorporated and was owned by Nick Savoy since October 2004.

Between 2001 and 2004 the "Mystery Method" was the name used to market bootcamps with Mystery (Erik von Markovik) and a range of his collaborators including Style (Neil Strauss) and the founders of Real Social Dynamics, before they started their business.

The first bootcamp took place in Los Angeles in 2001 on the sunset strip. However, the majority of the bootcamps and seminars that took place during this time would be linked to Project Hollywood where the collaborators lived from November 2003 (covered in "The Game").

The business was run informally at this time.

Nick Savoy, a Wharton MBA (A top 5 ranked global Business School), approached Mystery with the idea to build a dating company that could take the Mystery Method and Mystery's reputation and market it to the masses.

Nick Savoy, an experienced pick up artist himself, had started his own business, but saw the much greater opportunity that Mystery's material and personal brand had.

Rise of the Mystery Method Brand

Mystery was one of the main characters in The Game published in early 2005 which quickly became a bestseller and built his brand name. On the back of this, primarily Mystery (Erik von Markovik), but also Nick Savoy in some cases, appeared on a selection of high profile TV shows in the early days of Mystery Method Corp. which helped to give the company strong brand recognition. (Indeed searches for Mystery Method today are still significant on Internet search enginees).

Mystery was also approached by VH-1 to create a reality TV show in 2005 named "The Pickup Artist" and began work on it. Nick Savoy worked in a consultant role for the design and development of the show at the beginning until the split (see below). The show didn't launch until August 2007.

Mystery Method Corp. started with a small base of instructors including Mystery, Savoy, James Matador (Stan Tayi), Lovedrop (Chris Odom), Sinn and Tenmagnet. These were original members of the pick up artist community that had already worked with or were friends with Mystery or Savoy.

The company expanded rapidly in instructor headcount from 2005 to 2007 mostly by identifying clients on their training bootcamps that had potential and training them up to become instructors themselves. Some of these early instructor recruits included Sheriff, Mr. M and London Playboy in the UK, and , Future and Dahunter in the U.S.

However, the two partners disagreed in the 'vision' for the company, with Mystery (Erik von Markovik) not appearing personally on Mystery Method bootcamps from mid-2005. Mystery became less and less present in the business.

In December 2006 Mystery and Nick Savoy chose to split. This was a contentious split involving legal battles over the original brand name "Mystery Method" and Mysterymethod.com.

In October 2008 Savoy rebranded the company to "Love Systems".

The dispute over the rights to the Mystery Method trademark and MysteryMethod.com was ended outside of court on good terms in August 2007. The agreement was that neither Love Systems nor Venusian Arts would make use of the Mystery Method name.

The end result has been that neither Love Systems or Venusian Arts can make use of the trademark "Mystery Method" and that they both hold the copyright for the published materials from the Mystery Method Corporation. Namely The Mystery Method: How to Get Beautiful Women into Bed.

Nick Savoy continued to run and develop Mystery Method Corporation throughout this period. At first primarily through marketing of bootcamps run by Nick Savoy himself and Sinn.

From 2006 onwards Savoy and some of the instructors produced products such as the Magic Bullets Handbook, The Routines Manuals, The Relationship Management curriculum and the interview series.

The product range developed by Nick Savoy and the instructors during this time became the bedrock of Love Systems' dating system. For information on these products see the Love Systems profile.

Today both Love Systems and Venusian Arts continue to market their own dating systems that have substantially evolved since the early Mystery Method days. You can learn more about their current activities on those links.

Love Systems' Cajun on Keys to the VIP

Help us improve this profile of Mystery Method Corporation by sending us any information you believe to be missing, wrong or lacking detail. Please state sources where possible to make our job easier to verify the correctness of the information.