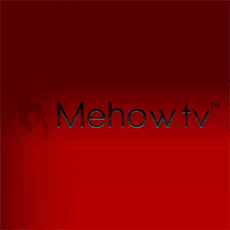 Mehow, Inc. was founded by Mehow in 2006 to provide Pickup Artist advice and coaching to men based on its founder's methods: Mehow.

The company has continued to refine and evolve its teachings and grown its team into a small but sizeable group of coaches. Some of its coach alumni who left went on to become well known coaches in their own right.

First company to provide infield video training from the field: Using an undercover video camera and mic they recorded live approaches of instructors and later break them down with narrative for you.

In 2006 he went out on his own, founding Mehow.tv, with coaching that is very highly influenced by Mystery Method, and on which Mehow has built integrating his own and other people's insights into dating.

The company set itself apart from the rest of the companies with its 'infield insider' program which was a first for the dating industry. The program has recorded live footage of instructors meeting and attracting women in many situations - these include Mehow himself, instructors from other companies including David Wygant, Hypnotica, Sinn, Carlos Xuman and Speer and Mehow Inc's instructors.

Help us improve this profile of Mehow, Inc. by sending us any information you believe to be missing, wrong or lacking detail. Please state sources where possible to make our job easier to verify the correctness of the information.