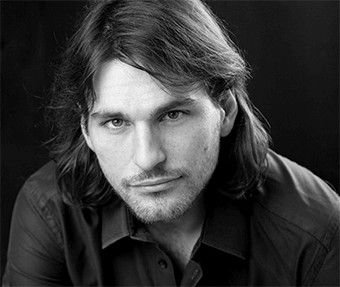 Gambler (Richard La Ruina) made a name for himself quickly in the UK market as a dating coach and pick up artist thanks to his marketing and PR skills. He has two books that have been published and helped build his reputation.

He is the founder of PUA Training - a company that came late to the UK seduction market compared to other companies but quickly became the most popular and well known. Today, it is the largest European dating coaching company and a company that has been quickly expanding globally into cities in South America, Asia and North America.

Gambler's advice is characterized by:

“It doesn’t have to be perfect, it just has to be good enough."

“I used to be uncomfortable with my looks when I was young. Improving my fashion gave me conﬁdence. So by working on guys fashion we make them look better and they look into the mirror and they go 'oh, it's really good'.”

“When I imagine a super hero PUA, there is no way he is indirect!”

“Get over your inhibitions and approach as many sets as you can. A guy that does 100 in a day will close more and learn more than someone that does not.”

“If you are not an attractive man in general, fix that. Work on fashion, body language, voice, extrovert qualities, social skills, building an interesting life, etc. If you focus solely on pickup, it can actually make you worse!”

“I find canned material objectionable. I want the girl to be attracted to me, what I have to say, and what I truly think of her. I don’t want to catch a girl by acting a role.”

“I think that canned material is a crutch until you develop the skills to freestyle and 'be yourself'.”

Gambler was born and raised in Cambridge where he describes his childhood as being difficult as he faced problems at school and socially due to being introverted and often being teased and called ugly. This caused him to have low self-esteem when growing up.

At 18 years of age Gambler took his life savings of £2000 and started investing in the stock market. He did very well over the next six years acquiring the nickname 'The God of Gamblers' after a Hong Kong movie character, which eventually became 'Gambler'.

It appears that the money made on the stock markets was later put towards building and promoting the dating company he created "PUA Training".

Gambler also maintains that he was unsuccessful with women, and hadn't even kissed a girl by the age of 21.

Gambler began learning about dating advice shortly after he read "The Game" when it was published in 2005.

Richard studied and has been influenced by many of the different schools of pick-up. These include Ross Jeffries' Speed Seduction, Mystery Method and Real Social Dynamics. Although in later years he has moved away from scripts and routines and tried to advocate a more natural spontaneous approach.

Normally he approaches very directly and escalates physically quickly while creating an intense emotional connection. Although he prefers natural styles he is knowledgable about NLP and hypnosis. He also advocates life-style improvement in order to more easily attract women.

In 2006 Gambler met Kezia Noble, who would become his lead female dating instructor in the company he would create in 2007, PUA Training. Another person he met and who would become one of the key instructors at the new company was Robert Beck (Beckster).

One of PUA Training's first breakthroughs was when it, and Richard La Ruina, were featured in the Channel 4 documentary "First Cut: The Rules of Seduction" which aired on December 7th 2007 and was viewed by 2.5 million people.

In 2007 Ruina published the book 'The Natural Art of Seduction', which became popular in the UK, and help to promote him and PUA Training.

In August 2009, Richard appeared with Kezia on Dragon's Den (The UK version of Donald Trump's The Apprentice) with the business plan for PUA Training. They failed to get investment, however the Dragon's Den members were impressed by the financials of the business (2008 revenues of £540,000).

Since 2011 Gambler has been travelling the world including places like Brazil, Russia, Argentina and South East Asia mostly for the delight of picking up women in places where he finds them to be the most attractive.

Some pictures of Gambler with women - these are mostly women he has met in clubs. He has no known long term girlfriend.

La Ruina has been featured extensively in the press, primarily in the UK and also in his current resident country Belarus.

Help us improve this profile of Richard La Ruina (Gambler) by sending us any information you believe to be missing, wrong or lacking detail or good quality images we don't have. Please state sources where possible to make our job easier to verify the correctness of the information.