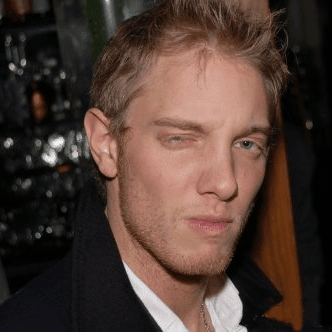 Christian Hudson got his start in dating advise as a co-founder and manager of Charisma Arts, from 2004 to 2006. In 2007 he launched his own dating company, The Social Man, which was a leader in the shift away from pickup artistry, and towards masculine personal development.

He differentiates himself in the crowded dating advice market by teaching men how to develop genuine self-esteem, more compelling personalities, and more attractive and meaningful lifestyles.

His most popular programs from his company have been coaching bootcamps in NYC, The Girlfriend Activation System and Say Hello.

"So much of what I see out there in the dating community is about being a fake alpha douche-bag."

"The road to getting better with women... is really about building a comfortable relationship with the world in general."

"If what's best for her, is not to be with you, then you got to give that to her."

"Boys create drama to feel important. Men create adventure because they are important."

Christian Hudson went to the University of Michigan for his education, a self-professed “loser and introvert.” His four-year girlfriend dumped him during his sophomore year, leaving him without a sense of identity.

He found an outlet in the dot-com boom, and dropped out of college to start an information security company in 2000, which was acquired in 2004. While all of his investors were made whole, Christian did not personally profit from the deal.

He returned to college afterwards, and was introduced to Juggler around the same time. While finishing his studies, he helped Juggler start and build Charisma Arts into the biggest dating bootcamp business of its time, sometimes running concurrent events in New York, Los Angeles, London and Sydney.

Disagreements with Juggler led to Christian’s exit in 2006, shortly after his graduation and a move to New York. He spent eight months attempting to launch other businesses, but failures and poor spending choices left Christian nearly $100,000 in debt.

This was a low point that he has often admitted and discussed publicly. He spent the next six months reflecting on the choices that led to the collapse of his life, and acknowledges that “literally everything about me changed” as a result. He moved back home with his parents as a 30-year-old to save money and focus on his business, and emerged from his debt eighteen months later. He has since built two eight-figure businesses, and invested in numerous successful health companies.

In 2014 he moved to Austin, Texas where The Social Man is today headquartered, but travels extensively to pursue his passions of surfing, hiking and outdoor photography.

In the early 2000s Christian was introduced to the dating advice community by an employee at his information security company. The same employee would later introduced him to “Wayne Elise (Juggler),” who at that time was one of the three “thought leaders” of the community.

Shortly afterwards, Wayne asked Christian to be his business manager. As Christian was returning to college, he thought it would be a fun “side project.” The business took off, and Charisma Arts was born. Christian headed up marketing and management part of the business, while Wayne created the content and training. This business would last just over 2 years, when Wayne fired Christian amidst escalating disagreements.

In 2007 Christian returned to the dating market to create "The Social Man", which is where you find him today as the founder and CEO.

Several months after starting the business, Christian invited college friend Nick Sparks to join him in New York, and to lead their live training. The two also began to produce home-based courses, including "Say Hello" and "Unbreakable".

Christian has grown The Social Man’s team over time and has collaborated with others such as Race de Priest and David Tian on specific courses. He has also coordinated wider projects, involving several coaches to bring them together for products or seminars (e.g. Fearless program).

In the year 2014 The Social Man’s client base grew exponentially with the success of the The Girlfriend Activation System. This product’s marketing went viral, and over a half million men have gone through the course, to rave reviews. The company then rolled out The Desire System in collaboration with David Tian, which was also wildly popular.

The Social Man has had a measurable impact on the men’s lifestyle community. Many of today’s coaches have been influenced by the company’s message and materials, and many of the new businesses are derivative of Christian’s marketing and branding.

In 2016, Christian stepped away from day to day operations of the business. He still mentors upstart coaches from time to time, and occasionally releases new material.

Christian is currently in a long term relationship with an attractive model / actress. Over the years he has typically dated and been in relationships of long term duration involving attractive women from Manhattan.

Help us improve this profile of Christian Hudson by sending us any information you believe to be missing, wrong or lacking detail or good quality images we don't have. Please state sources where possible to make our job easier to verify the correctness of the information.