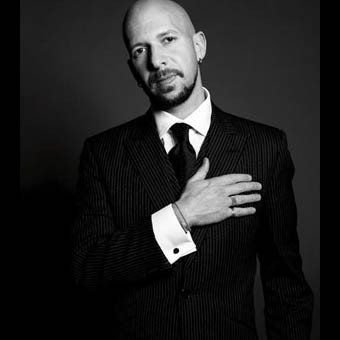 Neil Darrow Strauss (known as "Style") is best known today as a pick up artist and dating advisor, and the man who revealed the underground 'pick up artist community' to the world.

His book "The Game: Penetrating the Secret Society of Pick-Up Artists" was published in 2005 and exposed the pick up artist community to the world. The book quickly became a bestseller, and today has been read by millions of men around the world.

On the back of the book's success Style launched "Stylelife" a dating coaching company in 2006 and continues to be involved in some of its coaching and seminars (although he has a team of dating coaches that do most of the work now).

One of the most well known concepts that Neil Strauss invented was "Attraction Switches". According to Style, if you succeed in flipping these switches "On" for a woman she will be attracted to you and interested in furthering the relationship romantically.

The original list is much longer but nevertheless, a few are listed below:

Other concepts that Style (Neil Strauss) invented include:

Neil Strauss was born in Illinois, and today lives in Los Angeles. He is single.

Neil always had the passion for writing. He took the craft very seriously and by the time he was studying at Vassar College, he worked for Ear (an unconventional magazine), and is on the process of editing the first book he ever penned (Radiotext). Always pushing forward, he soon became a copy-editor, proofreader, reporter and critic for the Village Voice.

Midway through Strauss's career as a writer, the New York Times noticed his skill. They sent Jon Pareles to invite him into the company as a music critic for the publication's "Pop Life" column. Strauss gladly accepted the job and soon after, was able to write several successful front page stories for the magazine. 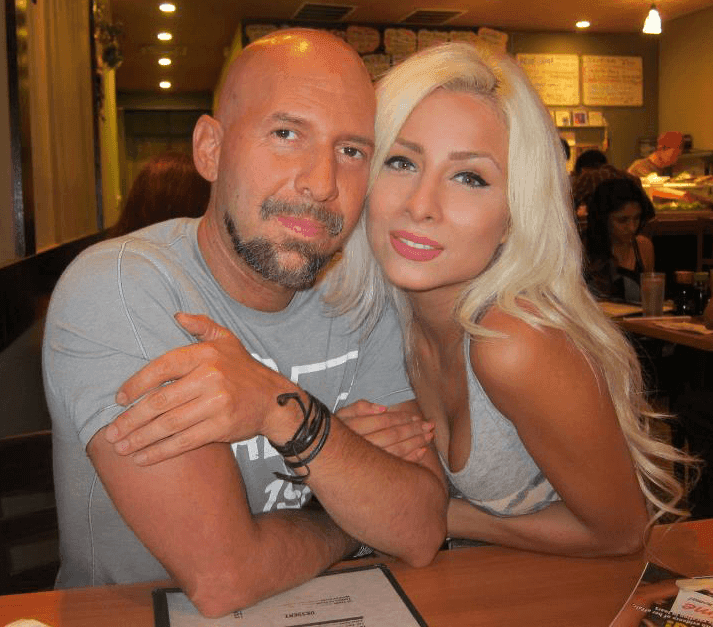 He also worked as an editor for the Rolling Stones Magazine. His cover on Kurt Cobain's suicide together with the profile he wrote about Eric Clapton on the New York Times Arts and Leisure section earned him the ASCAP Deems Taylor Award.

Presently, Strauss is the co-founder of the publishing company Igniter. He manages to write while simultaneously running the company.

In January 2011 Neil published a new book "Everyone Loves You When You're Dead: Journeys Into Fame and Madness" relating discussions he's had during his journalist career with a range of rock and pop stars and celebrities. Some of these discussions relate to the topic of "Game", most notably with Lady Gaga and Russell Brand. 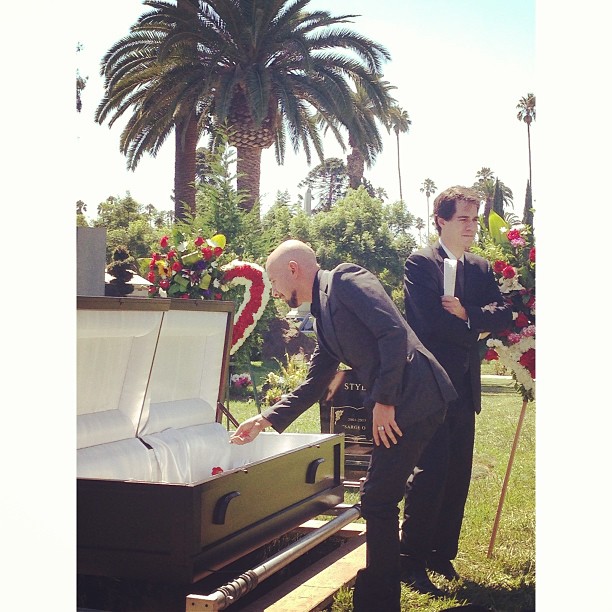 On 21st April 2013 Neil announced to subscribers of his email list that he was engaged and would be getting married to his girlfriend of 2 years, Ingrid De La O, in August 2013.

On August 23rd the news was broken on TMZ and E! News about his marriage and the name of his bride to be.

The bachelor party, also named 'funeral' of style (aka his life in the game) on the invitation was held on Sunday August 25th 2013. He marries Ingrid De La O six days later on 31st August in Malibu.

Neil once said in an interview "Date someone for a year, live with them for a year, then get engaged for a year before getting married. To me that seems sensible." [theAge] His actual timeline was a little shorter, at just over 2 years.

Neil's bachelor party was a big event featuring the funeral of his pickup artist alter-ego Style, complete with a real coffin, tombstone and eulogy. In the coffin was laid a 'peacocking style' party suit and guests left their notes for the couple inside it (instead of the typical book).

In April 2015 Neil published an article in Maxim confessing that he had cheated on Ingrid De La O and turned himself into a sex addiction clinic for a 4 week program. The article was entitled "Can the World's Most Famous Pickup Artist Survive a Stint in Sex Rehab?". The article also revealed the name of his upcoming book to be published in October 2015 on relationships named "The Truth: An Uncomfortable Book About Relationships".

Neil and Ingrid had their first baby born in early 2015.

In 1999 Neil found the pick up artist community and began to invest time in studying the arts and advice they had about women.

He created an alias name "Style" as his forum discussion name, and for other's to know him by. As a second line of protection of his identity he also took on the personal name "Chris Powles" which he gave to people he knew better. No one in the pick up artist community would know his real name or about his writing career until later in 2005.

He became deeply interested in the community and its advice and thoroughly studied, including paying $500 for the first coaching bootcamp given by the pick up artist Mystery (Erik von Markovik).

He became Mystery's main wingman and companion in the arts, and also began teaching students himself on Mystery's bootcamps. He gradually rose in status within the pick up artist community as one of the better pick up artists.

He authored an article about his experiences in the dating industry under his real name and published it on the New York Times.

In 2005, Style published a biographical account (with some storytelling element incorporated) on his experiences within the community of pick up artists. The book was entitled The Game: Penetrating the Secret Society of Pick-Up Artists. Released through Regan books in the United States, it literally jumped over many existing products at the time, landing on the #1 spot on Amazon.com immediately and lasting a month as the bestseller list from October to November in the New York Times. The success of the book has been so great that it is now being made into a film by Spyglass Entertainment.

Neil Strauss says himself in the book that he is physically unattractive being short, bald and skinny. So, if he can learn to be good with women, so can any other man. This is part of the reason for the book's success.

Shortly afterwards Neil Strauss developed a DVD program on his personal dating methods and worked with a well known successful Internet Marketer (Frank Kern) to market it as the "Annihilation Method". The course was a resounding success, and made over $1,000,000 in revenue. 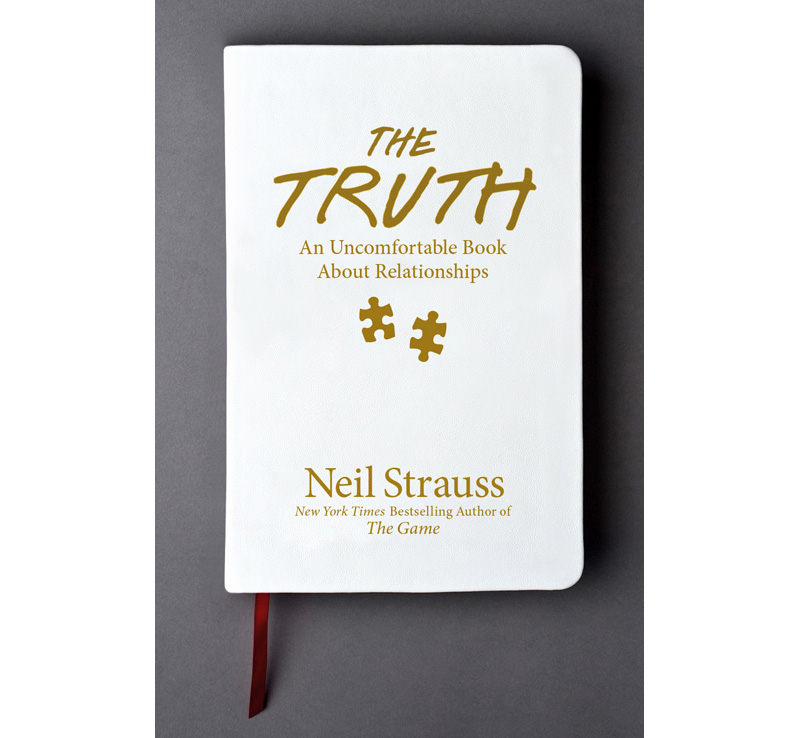 Shortly afterwards, Style, stopped working with Mystery and created his own dating coaching company. "Stylelife" was launched in 2006 and was the first online membership coaching training program (i.e. virtual coaching) in the dating advice industry.

Up until his marriage in 2013, Style continued to be involved in the creation of some of Stylelife's course materials and their real world seminars. The coaching however, was already done by his team of dating coaches (most of which were also some of his first students after he published The Game).

In the latter part of 2013 we'll find out how involved Neil Strauss will be. Since he buried his pickup artist alias, Style, in Hollywood Forever cemetery during his combined bachelor/ bachelorette party - it may signify the end of his coaching and training on dating.

Neil continues to work with Stylelife Academy behind the scenes, while he publicly stays more out of the limelight where it came to pickup artistry. This continued until his sequel to "The Game", a book on relationships. Neil announced his new book on relationships named "The Truth" publicly in a Maxim article in April 2015.

Neil Strauss has some strong credentials for his dating skills abilities.

While he was learning to meet and attract women and single he dated and slept with an average of 5 new women each month.

In his autobiographical "The Game" he says that he took the numbers of celebrities Brittany Spears and Dalene Kurtis (but took it no further).

Since 2005 he has settled down into monogamous long term relationships with women. One of these was a celebrity and the others all seem to have been longer term (over 1 year) stable girlfriend relationships.

Girls and Girlfriends Neil Strauss has Been Involved With

Former and current girlfriends that became public knowledge have been very attractive including:

Neil Strauss made most of his media appearances related to his dating advice career immediately after the release of "The Game" and its sequel "The Rules of the Game" between 2005 and 2007.

Help us improve this profile of Neil Strauss (Style) by sending us any information you believe to be missing, wrong or lacking detail or good quality images we don't have. Please state sources where possible to make our job easier to verify the correctness of the information.