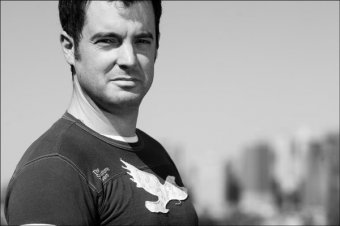 Stephen Nash (known as Playboy from "The Game") has been helping men with their dating skills since 2004. He is based in New York, and was one of the original members of "Project Hollywood", the mansion of pick up artists referred to in "The Game".

Stephan Nash grew up in New York city. He spent a couple of years in Los Angeles while at Project Hollywood, before returning back to his home base in NYC.

Stephen Nash was known as "Playboy" in the pickup artist community and appeared around 2003. He was one of the first members of "Project Hollywood" in Los Angeles, and moved there specifically to join Owen Cook (Tyler) and Nick Kho (Papa) when it was set up.

He worked with Owen Cook and Nick Kho in the early days of Real Social Dynamics, when the company was collaborating with Mystery Method Corporation running seminars and bootcamps from the Project Hollywood mansion.

After the implosion of Project Hollywood in August 2004, Nash returned to NYC and took a break from pick up artistry and The Game. He has since published about his changed perspective about that time, explaining that pick up artistry didn't help him attain his real goal of attaining a girlfriend.

After a break he returned to dating coaching independently co-founding a new company "Cutting Edge Image Consulting" with Michael Cross. The new company was designed with a renewed focus on helping men transform themselves to attain the girlfriend they aspire to.

Help us improve this profile of Playboy (Stephen Nash) by sending us any information you believe to be missing, wrong or lacking detail or good quality images we don't have. Please state sources where possible to make our job easier to verify the correctness of the information.