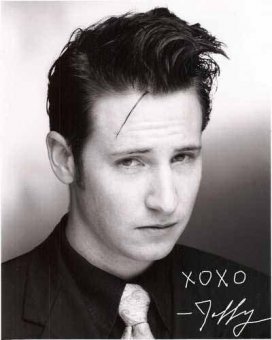 Jeffy appeared on seduction community forums in 2001 and quickly made a reputation for himself for with Field Reports about his attempts to pick up women.

At the end of 2003 he became one of the earliest dating coaches/ pick up coaches when he joined as the 3rd member of Real Social Dynamics (the first two being the founders Nick Kho and Owen Cook).

Since then Jeffy has remained one of the most well known and regarded instructors at Real Social Dynamics, releasing some of his own products in the form of books and appearances in DVDs of his conference speeches.

Jeff Allen has an aggressive straightforward approach to pick up and meeting women. This was always part of his style and character. Over the years he has absorbed some of the Real Social Dynamics inner game philosophies created by primarily by Owen Cook.

Jeffy was born and lived most of his life in San Francisco. He worked in a hotel as part of the management team before becoming a dating instructor.

He has taken part in some theater and 'contemporary' dramatic performances as a hobby.

Jeffy appeared under the name of Jlaix in 2001 on some pick up artist and seduction forums. He rapidly acquired a reputation for himself with Field Reports about his attempts to pick up women. These reports stood out from the many others as his typically involved him being very drunk, trying outlandish things out without fear and making them pretty humorous.

He also stood out for his near obsessive commitment to learning to get good with women - he would post nearly every day and most days would post about something he had done that day or the day before. This meant he was in the field practicing an unusually high amount of time.

In 2002 he met TD (Owen Cook) and Papa (Nick Kho) when they visited San Francisco while touring the U.S. From there Jeffy would work increasingly with them and was the first of the original team members for Real Social Dynamics recruited by TD and Papa.

Shortly afterwards he gained a reputation in the community for 'threesomes' where his girlfriend, he named "Chess Club", would pick up women together. At this time he was working part time for Real Social Dynamics.

Jeffy is one of the few dating coaches to have published an auto-biographical account of how he learned his dating skills. His account distinguishes itself from others in its 'pure authenticity'.

In it he exposes both the dark side and the light side of learning to get good with women, with some significant lows on his way to success and more satisfaction. It is entitled 'Nineball'. This was later released in paperback version and rebranded to Get Laid or Die Trying.

Pictures of Jeffy with Women

In February 2013 Jeffy's OKCupid online dating activities were exposed on Jezebel by one of the girls who flaked on a date with him.

Help us improve this profile of Jeffy (Jeff Allen AKA JLaix) by sending us any information you believe to be missing, wrong or lacking detail or good quality images we don't have. Please state sources where possible to make our job easier to verify the correctness of the information.