Get Laid or Die Trying: The Field Reports 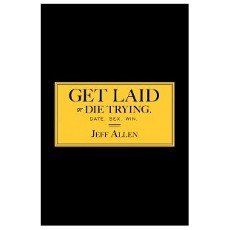 "An Exceptionally Authentic Account of the Path to Mastering Dating Skills"


Last Update: May 17, 2022
The Good
Throughly authentic account of the journey to become good with women, instructive about the 'darker' stops to be avoided, entertaining read
The Bad
Don't expect to learn pick up techniques or dating skills
The Bottom Line
I recommend this to men who want to 'pick up' a lot of women, as it gives great insights into the 'darker side' of those aspirations and where they can lead. It will push you to challenge your desires, and ask you what you really want to get out of the journey.

There are a few auto-biographical and biographical style books that have come out. The most famous is "The Game" by Neil Strauss. Then there is a semi-autobiography from Mystery (Erik von Markovik) in "The Pick up Artist" which includes some scenes from Mystery's life in an excerpted fashion. Finally, Myths and Masters of The Game describes the story of Project Rockstar 2009.

"Nine Ball" is different in that it's extremely authentic and direct account of the worst of Jeffy's path to learn to get better with women. It includes all the gory details.

I'd recommend this particularly for guys who are starting to become successful with women. At this point it will offer some great food for thought at what you should be doing with your skills to actually gain 'satisfaction' from them. You may also just enjoy it for the entertaining look into the history of a well known pick up artist.
Comments (0)
Help other users find the most helpful reviews
Was this review helpful to you?
Facebook
Twitter

This is the rebranded for paperback publishing version of Jeff Allen's original book Nine Ball. Follow this link to see the original. Our Editor review is the same since it is the same book.

Before, players share their field reports, strategies, and results. They compare notes, exchange critiques, and figure out a body of knowledge that defied everything men had ever been told about getting women—what has since come to be known as game.

(depending on product format or options purchased)

- Attracting the woman you want by sleeping with all of her friends
- Getting into the pants of the hottest woman at the party in less than thirty minutes
- Deflecting last-minute resistance with a single word
- Pulling a chick who is surrounded by ten jealous guys
- Cutting out enormous dudes that could easily pound you to a “fine red mist”
- Getting threesomes as your default extraction
- Having a stable so big you have to trim it down, and other “quality problems”
- Convincing a girl you just met that before you [have sex with] her, she must mow your lawn

User Reviews of Get Laid or Die Trying: The Field Reports

Overall rating
1.8
Effectiveness
1.0
Ease of Implementation
1.0
Innovativeness
1.0
Packaging/ Customer Service
9.0
Value for Money
1.0
Reviewed by freedom
October 06, 2011
I wonder what is the point of just having many short stories about success with women without revealing information on how or making it have a point. I thought it would be another "the game - neil strauss" which i really loved, but this is so awful that i couldnt finish it.
Comments (1)
Help other users find the most helpful reviews
Was this review helpful to you?