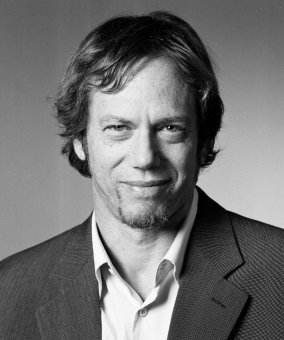 Robert Greene is a New York Times bestselling author writing about the reality of human struggles such as seduction, power, war and mastery.

His books have been applauded by historians to music industry moguls. His book "The Art of Seduction" made him one of the most sought advisors on seducing women and men alike.

His bestsellers include The Art of Seduction, The 48 Laws of Power, The 33 Strategies of War, and The 50th Law co-authored with 50 Cent.

Greene grew up and currently resides in Los Angeles. He attended University of California and received his B.A. in classical studies from the University of Wisconsin Madison.

He has lived abroad in locations such as Barcelona, London, and Paris, speaks five languages, and has worked as a translator. Before becoming a bestselling writer Greene held over 80 jobs stretching from work in detective agencies, to sales man to writing.

He developed his craft as a writer working as a writer and editor in newspapers in New York and in Hollywood California as movie script and story developer.

He practices Zen Buddhism and also loves swimming and mountain hiking and lives with his girlfriend, the attractive film maker Anna Biller.

Robert first became interested in the art of seduction while living in Paris where he met a Brazilian named Eduardo who had a particular talent for seducing the models. Greene learned and developed his first ideas while observing Eduardo put his talent to work on the girls.

Released in 2001, Greene's second book The Art of Seduction followed and complimented The 48 Laws of Power by serving as a handbook on how to use psychology to seduce a target in which you are interested. The book gathers detailed insights from some of the greatest seducers in history including Don Juan and other famous historic figures for their charms.

The Art of Seduction was recommended for reading homework in The Game: Penetrating the Secret Society of Pickup Artists by Neil Strauss, who today is a personal friend of Greene.

Robert says of himself that he has been a Rake (one of the main styles of seduction defined in his book), although the days where he would exercise this, are now behind him he says.

The book created more controversy than even his former, The 48 Laws of Power. Greene says that it was more difficult to accept the 'reality' he revealed in his seduction book by women in particular, also religion in general.

Help us improve this profile of Robert Greene by sending us any information you believe to be missing, wrong or lacking detail or good quality images we don't have. Please state sources where possible to make our job easier to verify the correctness of the information.