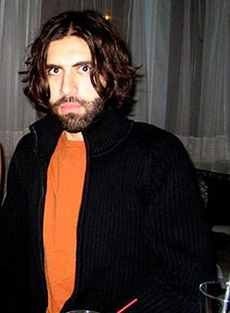 Roosh V began posting in seduction forums in the seduction community in the early 2000s. He kept a relatively low profile until 2008 when he began travelling south america to mostly pick up the local women (Latinas).

He has written many guides since on how to pick up women in each of the countries he has visited across south america, Western and Eastern Europe. These have mostly been entitled "BANG!" given his goal of banging as many women as possible.

This came to a point before his 30th birthday when he decided to make a break for it and left the U.S. to travel in South America and has spent most of his time travelling outside the U.S. since.

Roosh V (often referred to as simply Roosh) was part of the seduction community in the early 2000 era. He was a frequent poster on the original FastSeduction forums and later in the private forum Mystery's Lounge (created by Mystery Erik von Markovik).

He kept a relatively low profile for many years until Neil Strauss' The Game surfaced and he wrote his own book on picking up women. The first of his books was about getting laid, entitled simply, "Bang: How to Get Laid in 60 days". He has since rebranded the book to "Bang: The PickUp Bible that Helps You Get More Lays."

He shortly afterwards left the U.S. to travel and live in Paraguay, Columbia, Argentina and Brazil in South America in part funded by his writing and his first published book "Bang!".

He spent most of his time on his travels trying to pick up women and began writing about his experiences on his blog. The blog soon became popular thanks to its differentiation with other information on women and attracted a following of men interested in latin america, its women and traveling or "pick up holidays"/ "pick up tourism".

Roosh began writing about South American women and tourists he met while travelling and his quest to bang as many women as possible. As the writing became popular he began publishing books on his ideas and approach to getting laid and about each of the countries he visited.

After this he wrote about his adventures by country and what he thought of picking up local women (e.g. Columbian women, argentinian women). He has continued to write about each country naming the guides Bang Columbia, Bang Ukraine etc.

For some countries that he has considered not good for 'getting laid' he entitles them "Don't Bang". Latvia and Denmark are the only two countries to be entitled "Don't Bang" so far in his travels.

In spring of 2012 Roosh was picked out by the Southern Poverty Law Center, an organization set up to protect civil rights that supervises and collects information and even enters into litigation against hate groups and what is sees as extremist movements in the U.S. In their yearly publication they identified Roosh as an extremist for the attitude he was promoting towards women and american women in particular. He was identified in a group of 10 or so groups and extremists under the title of Misogyny. This became the subject of an article posted on the Huffington Post and got considerable media attention.

Controversy has continued to follow Roosh as he has made his way to other countries and published Bang! novels on them. Media most of the countries he has written about have discovered his books and decried them in the press, or created intense discussion around them on talkshows.

Some photos of Roosh with girls he has met while travelling.

Roosh has received a lot of mainstream press coverage in the U.S. as well as many of the countries he has visited due to the controversial nature of his writings.

Help us improve this profile of Roosh V. by sending us any information you believe to be missing, wrong or lacking detail or good quality images we don't have. Please state sources where possible to make our job easier to verify the correctness of the information.