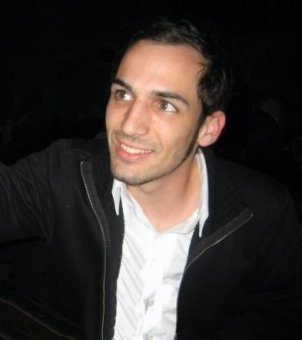 Joshua Pellicer appeared with his first dating product in 2009, although it wasn't until 2011 that he started making a name for himself.

In 2011 his Tao of Badass started to become very popular. In 2012 it grew into one of the most popular and widely distributed dating advice products on the Internet.

Many TV and radio shows have invited him to interview with them. He has also worked alongside The Anthony Robbins Company and as a demographic consultant for AXE Body spray’s advertising department.

The idea of Joshua Pellicer is to teach men how to talk to women. His knowledge and understanding of women are summarized in his main book called ‘‘The Tao of Badass’’.

His main ideas outlined in the book include:

Joshua Pellicer grew up in St. Augustine, Florida in a not so well off family. “The Tao of Badass” has enabled Johua to move on from that as its popularity has enabled his success.

Joshua Pellicer was working at a gas station before when he was also in a destructive relationship with a current girlfriend. It ended when he had to sleep in his car because his girlfriend threw him out with no money.

After all this happened, Joshua decided to make a change and learn everything he could about women to make sure he didn’t get into the same situation again.

Joshua didn’t date until he was around 17 years old and shortly after he had his destructive relationship that ended badly. By the time he was 21, Joshua had studied the psychology of attraction and body language. He applied himself to understanding how to make women fall over themselves to be with men by the power of psychology.

Once he got good at this Joshua decided to dedicate himself to teaching guys with the same problems he used to have. He wrote “The Tao of Badass” in 2008 which at first remained a relatively unpopular and not well known book. Later with the help of a new partner he improved the distribution and marketing of book and it became increasingly popular – ultimately one of the most successful products in the dating advice market.

In the years after he spent time developing other more advanced products and courses and working on supporting the large community of students that now has grown up around “The Tao of Badass”.

In 2012 Joshua decided that he wanted to make a life and career change. This began a process of looking for someone new to help take the Tao of Badass community forward. The company had hired young pickup artists and coaches over the years to work in the community and support clients, so this was part of the hand over.

Eventually Joshua completely separated from the company when he sold his share of "The Tao of Badass" company to an entrepreneur named Tai Lopez in 2014.

Help us improve this profile of Joshua Pellicer by sending us any information you believe to be missing, wrong or lacking detail or good quality images we don't have. Please state sources where possible to make our job easier to verify the correctness of the information.