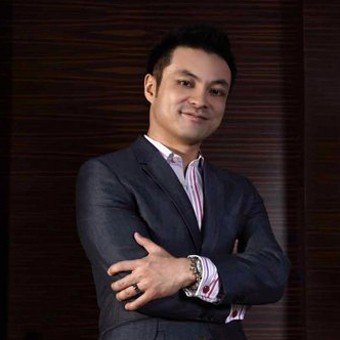 David Tian (known also as The Asian Rake) has had considerable media exposure in Singapore over the last 5 years where he was known as "Doctor Date" and portrayed as the Asian "Hitch" (reference to Will Smith's dating coach film).

He is an academic with roots that he maintains in the world of cultural and behavioral research, although he left his permanent university position to focus on helping men in the practical world with their dating and relationships lives.

David is an ethnic-Chinese Canadian. He spent most of his life through till his 30s in Canada and the U.S. and was formerly married to a Korean american.

In his late 20s he got divorced from his wife and moved to China to study and refind his bearings.

In 2007 David moved to Singapore where he has resided and developed his careers since.

Before founding his own dating academy and serving as full-time Director, David Tian was Assistant Professor (tenure track) in the Department of Philosophy at the National University of Singapore for almost three years until his resignation in 2010.

Under the name of the Asian Rake, David began his journey into dating advice by reading and asking for coaching from the best sources he could find. The sources stretched from men like Christian Hudson, to academic papers to his own experimentation while he was in China.

David began writing field reports and mostly his ideas about dating from what he was learning on a blog which quickly became popular. David's writing showed his academic rigor and it also had a mature take on a lot of the advice that was being given. This attracted a more mature crowd and also men who were of Asian origin like David due to his ethnicity.

Upon moving to Singapore in 2007 to take up an academic position at a local university David also made it known that he was providing dating coaching there. He steadily took on more clients and soon the local media began reaching out to him for tips on radio, press and TV shows. In a relatively short period of time David became known as "Doctor Date", and a small celebrity in Singapore. To the point that he would sometimes have guys follow him around while in clubs and point him out.

In 2010 David began taking his dating coaching business more seriously and set up Aura Transformation. He left his academic position to devote himself full time to the academy shortly afterwards.

David, known as the "Doctor Date" of Singapore, makes it well known that he is not a pick up artist and rather a dating coach. He has learned from pick up artists, and does conferences with them - but similarly to "David Wygant" known as the "Hitch" of the U.S. he believes that his more rounded approach to dating is more healthy.

Dr. David Tian, has been featured in: No entries were found

Help us improve this profile of David Tian (Asian Rake) by sending us any information you believe to be missing, wrong or lacking detail or good quality images we don't have. Please state sources where possible to make our job easier to verify the correctness of the information.