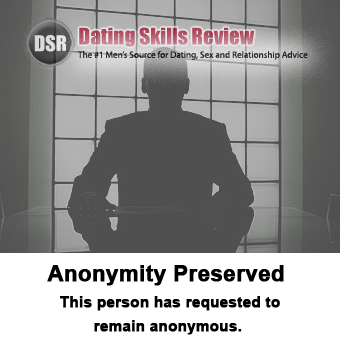 Brad P. is a pick up artist in New York City with a gothic dress style. He became well known for his mix of outrageous field reports in clubs and bars and mature advice on the club scene and relationships.

Brad became a pick up artist trainer to teach guys how to be successful with women in 2005. He was previously named the #1 Pickup Artist in the World by Thundercat Seduction Lair, Sinns of Attraction, and TSB Magazine.

"The mere act of taking chances creates attraction...It communicates all of these positive, exciting qualities."

"If it doesn't work, there's nothing lost... As long as you know how to react."

When Brad P. was in highschool, he was trying various ways such as playing in a youth band and excelling as a school athlete to impress women.

While these endeavors helped him better his life in general, it did not seem to help his success with women. When he graduated he took a job as a social worker.

In 2004 Brad P. began his personal journey into pick up artistry by spending 7 days a week going out meeting women and learned what it takes to get a woman, and what it takes to keep a woman. He says this intense commitment allowed him to develop a reliable, repeatable method for meeting, attracting, seducing, and dating top tier women anywhere his travels took him.

Brad P. first started teaching men pick up artistry in New York, where he ran some free training seminar at frist which built his name and reputation up in the seduction community.

From there he attended many of the conference events such as the PUA Summit which helped to further spread his name and his training materials. He has built up a small crew of team instructors which have stayed with him including Glenn P. (alias name).

He has collaborated with various companies linked to the seduction community over time. One collaboration was with Love Systems on their Interview Series (IVS) program including Interview vol. 15 on Taking Chances.

In recent years Brad P. has sought to distance himself from the 'pick up artist' movement and position his organization more as a dating coaching company. He has also released two reports named "The Forbidden Truth" and "The Forbidden Truth 2" which seek to compare the different dating systems used by companies against the success of the students involved. The metric they tried to use for this was "How many lays students" got.

In a number of Pickup Artist rankings published by magazines between 2007 and 2009 Brad P. has been rated highly. Note: For information purposes only the PUA rankings are provided below. Dating Skills Review does not put any value in the rankings or ratings of pick up artists as they are largely based on an opinion of an individual writing a blog.

Help us improve this profile of Brad P by sending us any information you believe to be missing, wrong or lacking detail or good quality images we don't have. Please state sources where possible to make our job easier to verify the correctness of the information.