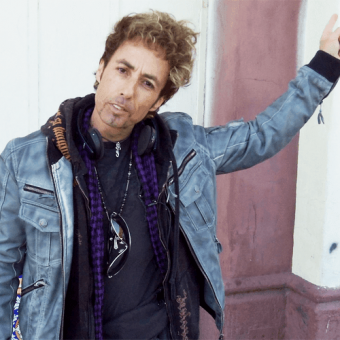 Vince Kelvin (Hollywood) dating coaching in the early 2000s with Ross Jeffries before moving out to build his own business in 2006.

He is based in Hollywood, L.A. where in September 2011 he moved into the original Project Hollywood mansion with Sal Peer (Speer).

Vince grew up in Venice, Los Angeles. He worked in a number of jobs there while he played in a band hoping to become a full time musician. His band travelled to Europe amongst other places to play concerts, although they never made it big.

Vince Kelvin was originally Ross Jeffries' student in the late 90s, then wingman and later business associate during the early 2000s. He split from Ross' company "Speed Seduction" in 2006 to start up his own business.

He was one of the earliest members of the Seduction/ Pick up Artist community and an original member of Mystery's Lounge.

Vince Kelvin is known for being very active and open about his 'antics' in picking up women, and he frequently posts photos and videos of demonstrations. Him kissing women at parties and in the street mostly.

He is one of the co-founders with Johnny Wolf of the PUA World Summit held yearly in L.A.

Vince and Sal Peer tried to resurrect the original Project Hollywood mansion from Neil Strauss' "The Game" when they moved in in September 2011. Unfortunately it didn't last long and they left the premises 6 months later and parted ways.

Help us improve this profile of Vince Kelvin (Hollywood) by sending us any information you believe to be missing, wrong or lacking detail or good quality images we don't have. Please state sources where possible to make our job easier to verify the correctness of the information.