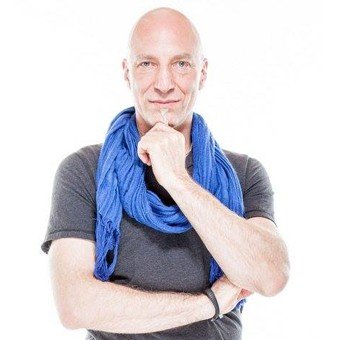 Lanoff’s full immersion into the study of healing has led him to becoming a master healer, sexuality teacher, and tantric master. He chooses to experience life in the here and now via the body and experiences.

He calls himself a “rubber meets the road kinda teacher”, applying the focus of practicality to his artistic and spiritual disciplines and skills over the last 20 years. Lanoff continually questions cultural myths regarding sex, life, and religion with the goal of leading others into a new paradigm of freedom and pleasure. He aims to deprogram students from what he describes as "the prison of societal beliefs, norms, and superstitions".

Through Lanoff’s "Art of Radical Self Acceptance", he provides coaching for people to unleash the life skills of their own enlightenment towards self awareness and a connection to oneness, while learning to live an enriched, authentic, and sexually empowered life. Lanoff is also the creator of the popular program The Language of Lust (April 2015).

Growing up in the 1980’s in the Meat Packing District of New York City had a major influence on Lanoff’s life. The rough streets of New York City were considered a “no rules" environment during that turbulent time. On the other hand, it also provided Lanoff with great spiritual insight and a grounded practicality to his work.

Lanoff has been practicing and studying Tantra since the age of 12. His mother introduced him to a spiritual teacher in order for Lanoff to learn how to understand and have sex with a woman, and how to accept and manage his sexual feelings and desires. For Lanoff, Tantra made a big influence and became a major part of his life; having gained mastery over his body by the time he started having sex. He became and continues to be sought-after for his in-depth Tantra knowledge and expertise.

In his filmmaking career, he came to realize the way in which people understand themselves, dreams, and symbols is similar to the way they understand movies.

Director / Producer / Writer - Lanoff has directed and produced for film, television, commercials, and video. He has directed movies for almost 20 years. In addition to creating Soullight, Inc. in 1984 to explore film, television, and the relationship to brain development and cognitive studies, Lanoff was also a producer / director for Playboy Entertainment Group Inc. (1992 - 2002), and a feature film director for LGL Productions (1991 - 2001).

In October of 2000, one evening in Sedona, Arizona, Lanoff attained enlightenment after struggling for almost 20 years on a path to awakening. After one of the darkest moments in his life and questioning everything he had ever learned or accomplished, everything suddenly changed - forever.

While meditating out of the depths of hopelessness and darkness, he experienced oneness with everything. The moment became concrete afterwards while observing three birds flying across the sky - only pure awareness with no separation - the infinite.

Going forward, Lanoff experienced everything existing in the depth of stillness, flow, and awareness - the foundation of his teachings. He was also awakened to the realization that everything he was taught and almost everything we know about “spirituality” and the spiritual path is wrong. Lanoff had discovered reality in enlightenment.

Lanoff’s The Art of Radical Self AcceptanceTM (LawrenceLanoff.com) teaches definitive ways of changing your behaviors, thoughts, and actions towards a life of freedom and pleasure. His teachings help others to demolish imprisoning beliefs (sexual, psychological, financial), cultivating pleasure to achieve happiness, and experiencing an awakened body and focused mind. His coaching is a three-tiered Radical Self AcceptanceTM series focusing on personalized coaching sessions, a private membership program addressing sexual, emotional, and psychological freedom, as well as the art and practice of sexual energetic intimacy, and ESP (Extended Sexual Pleasure).

In 2014, Lanoff also introduced his YouTube channel The Art of Radical Self AcceptanceTM. The channel is devoted to upgrading your beliefs, improving your sex life, and expressing more freedom and pleasure in your life. It includes updates on how to express sexual charisma to naturally attract others.

In 2005, Soullight, Inc. expanded into helping people and organizations to clearly see their lives - free of guilt, shame, and blame - and freedom from the mythology and mental prisons that limit our minds. By May 2012, he had created Soullight Publishing to write and work on his book.

Since 2009, Lanoff has been a blogger for Dodson and Ross. He blogs about sexuality, myth, society, and freedom. Some of his blogs include:

Lanoff's other career highlights have included:

Lanoff's books and courses include:

How To Last Longer In Bed - Ejaculation Secrets Of A Tantra Master: Released in November 2014, Lanoff wrote this book to show men how to last longer in bed. It offers ancient Tantra secrets to develop heightened self-pleasure and full body orgasms. It also explains why many men ejaculate quickly or have difficulty ejaculating with their partner.

The book covers such areas as how to pleasure yourself more and eliminate ejaculation problems, freeing yourself from the guilt of pleasure, and how to last all night. It also shows you how to troubleshoot and perfect your techniques.

Tantra-X Formula: This Tantra program (released July 2014) offers training in the basics of Tantric Sex. It is designed to show you how to enjoy multi-orgasmic, full-bodied orgasmic pleasure, and:

Lanoff created this program to help others develop their sexual ‘superpowers’ towards mastering their sexual pleasure. It also includes interviews from various experts.

A Course In Freedom, The Drunken Monkey Speaks: This is Lanoff’s first publication (2007), co-authored with Marilyn Demond and illustrated by Pamela Becker. This book teaches you how to monitor the drunken monkey in your head in order to free yourself from controls associated with the ego, society, culture, DNA, religion, mythology, the media, and even family.

Lawrence featured as one of the main characters in Neil Strauss' latest relationship book, "The Truth: An Uncomfortable Book About Relationships. In it he is the main expert Neil consults on his journey attempting to have healthy open relationships with women and keep his sexual freedom.

Help us improve this profile of Lawrence Lanoff by sending us any information you believe to be missing, wrong or lacking detail or good quality images we don't have. Please state sources where possible to make our job easier to verify the correctness of the information.