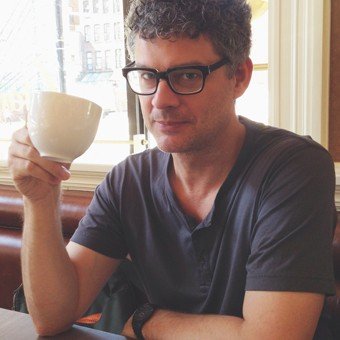 Geoffrey Miller, PhD is an evolutionary psychologist, science author, and researcher whose most well known research was on how the mind has evolved attractive traits in the creative arts.

He has over 50 scientific and other publications to his name, most of which are on the theme of attraction and sexuality.

Currently, Geoffrey is an Associate Professor in the Department of Psychology at the University of Mexico. He has a B.A. from Columbia University and a Ph.D. from Stanford University. He has more than 100 academic publications (cited more than 6,000 times). He has reviewed papers for more than 50 academic journals, and has had more than 160 speaking appearances in 12 countries.

Geoffrey's research and publications can also be found at Research Gate.

His first book The Mating Mind: How Sexual Choice Shaped The Evolution of Human Nature (published in 2000) has been translated in twelve foreign translations. It became a citation classic and changed the way people thought about human sexuality.

His 2009 book titled Spent: Sex, Evolution, and Consumer Behavior has been translated in seven foreign translations and was used has his market research consulting calling card in working with Fortune 500 companies, advertising agencies, marketing and social media start-ups, and NGOs.

In collaboration with New York Times best selling author Tucker Max, their website and podcast called The Mating Grounds is a resource dedicated to teaching men what they need to know about sex, dating, and women. The information and advice they offer is based on recent breakthroughs in evolutionary psychology, human sexuality, behavior genetics, and animal communication.

His TV documentary performances include PBS, BBC, Channel 4, The Discovery Channel, and The Learning Channel.

He has been featured in publications including inScience, Nature, New Scientist, The New York Times, The Washington Post, The Economist, The Financial Times, Wired, Time, and Newsweek.

Help us improve this profile of Geoffrey Miller by sending us any information you believe to be missing, wrong or lacking detail or good quality images we don't have. Please state sources where possible to make our job easier to verify the correctness of the information.