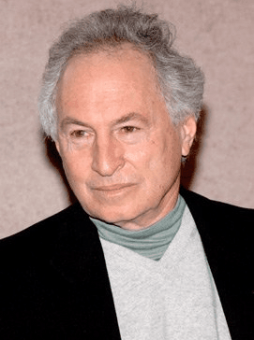 Eric Weber wrote the first book on picking up girls way back in 1973 when he was 22 years old. The book has since gone on to sell over 3 million copies over the years and is a classic.

He arguably is at the origin of movements such as the "seduction community" and the "Pickup artist" community and movement.

"It's important to meet a lot of people. It puts dramatically less pressure on forcing any one encounter to become an immediate sexual conquest."

Eric Weber is married to his wife (Joanna Weber) with four children.

After starting his career as a writer of 'Pick Up' books he went on to write a novel and over his lifetime has written and packaged over 30 books.

He then became a successful advertising executive in New York - putting his writing talent to use in advert copy. He held the position of Executive Creative Director at Saatchi and Saatchi and Young and Rubicam.

One of his better known advertising achievements was the "I'm a Pepper, You're a Pepper" Dr. Pepper soft drink campaign in the early 1980s.

Two of his books have been made into films - How To Pick Up Girls and the novel Separate Vacations.

He has received numerous industry awards over the years, including a Gold Lion at Cannes.

In 1996 he co-founded the Tenafly Film Company, Inc. to write and direct TV series and films - he continues to work there to this day. At Tenafly, as CEO, he has worked on a series for HBO (SUITS) and some recent films (Second Best, A Jersey Christmas).

Eric wrote the first book on how to pick up women, named aptly "How to Pick Up Girls!" in 1973. He says his motivation for writing the book was living in New York city in the 1960s and wanting to get laid.

How to Pick Up Girls! was made into a movie that screened on TV in 1978.

From the 1970s through to the 1990s he published several other books on picking up women, seduction, and making love - the last was published in 1996.

He could be said to be the great grandfather of the seduction and pick up artist communities that grew up and attracted masses of men from the late 1990s and early 2000s.

Quotes of Praise from other Dating Coaches

"Everyone in the community had mentioned his name. He was sort of a spiritual presence that hung over the pickup world...He was Eric Weber, the first modern PUA, the writer of the 1970 book that started it all, How to Pick Up Girls..." - Neil Strauss, author of "The Game".

Eric Weber's book "How to Pickup Girls" was met with a lot of media attention when it was released in the early 1970s. Amongst the fanfare were included: No entries were found

Help us improve this profile of Eric Weber by sending us any information you believe to be missing, wrong or lacking detail or good quality images we don't have. Please state sources where possible to make our job easier to verify the correctness of the information.