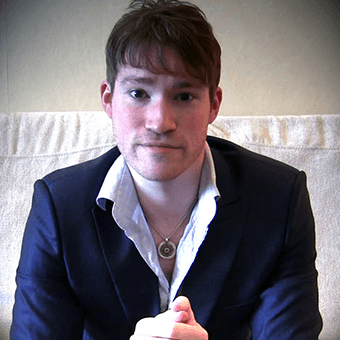 Chase Amante has been training in, what he calls,the "social arts" since 2004. He began in the seduction industry by learning from other PUA coaches and eventually found his own style which he describes as "Suave" and "Natural."

What makes his style different from many other PUA's is that he focuses on making women chase after you rather than chasing after or seducing women.

For several years, Amante was hesitant about sharing his skills with other men. It wasn't until coaches like Mystery became more well known that Amante opened up. He began coaching other men to pick up women using his "Suave" approach in 2008.

Chase Amante's style of picking up women is based on "natural game" and "suave", confident interactions with women. His main approach focuses more on building a mans value in the eyes of a woman and less on making a man seem easy to go home with.

In fact, Chase stands apart from many other seduction coaches in that he teaches men how to make women chase after them. This is different because it is typical of PUA's to teach men to chase after or seduce women.

He explains that when you have a woman interested in you and wondering if if they have a chance with you, you will have much more leverage and control over the situation.

"My angle for success with women is, boiled down, all about being cool and moving fast."

"I pride myself on being well-versed in everything I do, and seduction is no exception."

Chase lived in Philadelphia, Washington DC, and San Diego for most of his life. He describes his personality as, "James Bond meets George Clooney, with a dash of Van Wilder thrown in for good measure."

His longest relationship to date was about 3 years long. He was actually married to the woman for a period of this relationship. It was one which he broke up and got back together with her several times (which he says he will never do again).

According to Amante, he began approaching women in bars and nightclubs. He later branched out and began pursuing desirable woman out on the streets, on planes, online, etc.

He has traveled all over the United States due to his passion for business. He recently took it a step further and traveled abroad in pursuance of his lifelong dream of "travel and adventure." He now travels from the US and Asia often and enjoys visiting new places all around Asia.

Chase says that he is currently running 4 start up businesses and writing new books including one on relationships.

Since 2004, Chase says he has trained in the "social arts". He was mentored by individuals who he felt were, "some of the top minds in the industry."

It wasn't until 2008 that Amante decided to begin coaching others to pick up women. This is when he launched a blog that offers men free advice on a number of different topics including sexual advice, picking up women, developing social skills and more. He recently announced launching a French version of his site that should be available soon.

Since moving to Asia, Chase has been interviewed by an Asian dating site who found his advice reputable.

Aaron Sleazy says,"I really like Chase Amante's Blog posts and I wouldn't hesitate to recommend my future son his insights. If I had known that stuff 10 years ago when I was 14, it would have saved me so much trouble."

Help us improve this profile of Chase Amante by sending us any information you believe to be missing, wrong or lacking detail or good quality images we don't have. Please state sources where possible to make our job easier to verify the correctness of the information.