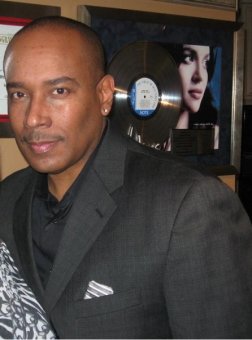 Alan Roger Currie is an author of dating books, including the internationally bestselling “Mode One” and “Oooooh . . . Say it Again”. He began authoring in 1998.

Alan has interviewed many dating experts on the popular talk radio podcast program called “Upfront & Straightforward with Alan Roger Currie” and he has been featured in many newspapers and magazines, including Essence magazine and Black Enterprise.

Alan developed himself for attracting women and expressing his dating desires, interests and intentions to them very clearly. In October of 1990 he created "The Four Modes of Verbal Communication” and published his first book in 1998 entitled “Mode One: Let Them Know What You're Really Thinking”.

"If you are attracted to a woman, the best way to capture her attention is to tell her what your intentions are; she may initially gasp in shock, but she is more likely to go out with you."

Alan Roger Currie was born and raised in Gary, Indiana. When he was six year old, he started to earned money by selling his own comic books to his classmates. Alan had graduated from Indiana University in Bloomington, Indiana with a degree in Economics. Since university he has divided his time between Northwest Indiana and Southern California the most.

While at university Alan began writing a book to help men and improve their success with women. This book would later become The Mode One in 1998. Alan converted his original book into an “eBook,” and began selling his eBook on the internet forums is about dating and relationships discussions in 1999.

In between 2002-2005, Alan had become a dating advisor on the popular men’s website AskMen.com. After Mode One was published and became popular, Alan became very well known in 2006. The first book is aiming to help men to improve their intention with women and let them know what you are really thinking of them.

Alan is the Host of the radio podcast program “Upfront & Straightforward with Alan Roger Currie” in 2007. At the same time has been a featured panelist for a number of dating and relationships discussion forums. Meanwhile Alan had been teaching many students in Indiana University called “Dating for 21st Century Singles.

Help us improve this profile of Alan Roger Currie by sending us any information you believe to be missing, wrong or lacking detail or good quality images we don't have. Please state sources where possible to make our job easier to verify the correctness of the information.