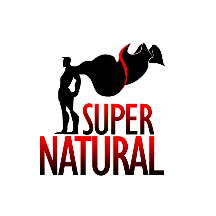 "Drills And Demonstrations Aimed At Making You More Natural With Women"


Last Update: April 10, 2020
The Good
Nothing really complicated to learn. Gives you some practical exercises you can do to prepare you for talking to women. Has some solid live demonstrations. Decent info in the bonuses.
The Bad
Not a lot of structure to the course. Some of the techniques could be explained better and may be confusing to some people. Overall it's fairly short on content.
The Bottom Line
This is a series of short videos that attempts to teach and demonstrate how 'naturals' interact with women. It takes you through the process from the initial conversation through to getting physical. There's not a lot of depth in some parts though and it would have been good to see more detailed explanations and further examples.

If you like a more natural style and don't need as much structure when learning, then you might want to check this out. If you need a more methodical approach to help you learn, then this likely won't be as suited to you. If you're a complete beginner you'd benefit from something more detailed such as Make Women Want You by Jason Capital.

SuperNatural is made up of five core videos as well as a bonus video, SuperNatural Survivor. The core program runs for a total of just under 90 minutes and the bonus video for just over 70 minutes.

Julian Foxx is the main instructor throughout the program, with his dating coaches Jayson and Jonesy helping out by demonstrating the various techniques and concepts by roleplaying with a female assistant. Jayson and Jonesy are the two naturals that Julian claims he studied and developed these ideas from watching them in action.

The basic SuperNatural system consists of four steps that you cycle through until you sleep with the woman. The good thing about this is there's not a lot that you need to remember and there isn't anything too technical.

On the flip side, the steps aren't really explained in a great amount of detail. Julian's background is in the pick-up community and it seems this product is aimed at guys who already have some familiarity with this. If you already have some experience you might not need any further details than what's presented here, but for complete beginners you'd be better to start out with an introductory product like Make Women Want You by Jason Capital.

Does This Fit Your Goals?

One thing you should determine before buying this product is what type of success with women you're looking for. If you just want to hook up with girls and aren't really interested in dating or relationships, this product is better suited towards you. If you're wanting to connect with girls and spend more time with them, there's no information here on doing that.

The focus is on attracting girls and getting sexual, with no mention at all about rapport or emotional connection. Most dating systems usually include this subject within their model somewhere but that's not the case here.

It doesn't say anywhere that you should avoid it, it seems to be more the case that there's not a lot of attention paid to all the different elements that often take place in an interaction. So for guys with some experience already this won't be much of an issue as you'll likely have a better foundation already in place to work with.

If you're less experienced and don't really know how to talk to girls and keep conversations going, there probably won't be enough content here to really fix this issue for you. You might want to check out Conversation Escalation: Make Small Talk Sexy by Bobby Rio which will give you a conversational framework that you can use.

There's less time spent on explaining theory and ideas and more time spent having Jayson and Jonesy do drills and demonstrations with the female assistant. Some of the drills are for things like learning how to be more spontaneous in thinking of what to say, or on practicing getting rejected to desensitize yourself to it.

The demonstrations involve role-playing different scenarios to show some of the techniques in action. So one of the guys will approach the girl and pretend to try and pick her up, testing out a particular tactic. For the most part these are pretty good and the girl does a solid job, although her reactions are often exaggerated for effect. So if she's rejecting the guy she might seem really harsh at times, but you shouldn't think that these kind of reactions will be the norm in the real world.

The two guys seem like they have a decent skill level but I would't say they are the most advanced guys I've seen either. They're able to improvise situations and conversation and overall they portray some attractive characteristics. A few times they'll make some mistakes or do something that's not ideal, but Julian is pretty quick to point out these mistakes.

There was a clear difference to me between Julian's skill level and knowledge versus the other two guys. He does a few demonstrations himself and ultimately I think the program would be stronger if he did more of these, as he is the most advanced out of all the guys featured.

One thing that you should pay attention to, that you might otherwise miss, is Julian's non-verbal communication during his demonstrations. His body language, his facial expressions and his overall vibe is great at conveying a confident, relaxed energy mixed with the right amount of sexuality. He does't specifically mention this, but these can be the difference between a guy who is naturally great with women and a guy who has to put more work into getting results.

Much of the focus here is on the macro rather than the micro, giving you a big picture view rather than the small details. Again, this is another reason why having some degree of experience already will help you implement this product more effectively.

One of the topics that's touched on a bit is that of frames. This is important to understand and is crucial when it comes to establishing what kind of relationship you're going to have with a woman, yet it's something many guys struggle with and don't really understand properly. It's not the most comprehensive coverage of this topic, but you can take note of the demonstrations here and see how Julian is establishing the frames he wants to set.

Escalating is another big picture topic and there's advice here on how to do that. There's a discussion and demonstrations on how to touch women and physically escalate, including different types of touching and how to use them depending on what stage you're at in the interaction.

Another important point that's covered here is compliance, which basically means getting the girl to do things for you. Julian talks about how to set conditions on your compliance requests, which is done to make women more likely to agree to them. In the demonstrations the instructors struggle with this exercise the most, but Julian is able to point out their mistakes and steer them on the right track.

The main bonus is a video called SuperNatural Survivor, where Julian talks to Vin DiCarlo and Daniel Rose. The focus of this video is on leading things to sex and making sure the sex is enjoyable.

So there are things covered like making sure your apartment is set up properly and different things you can do to make women comfortable and lead to getting physical with them. Not really anything too revolutionary here, but it's solid information and if you implement some of the main ideas it'll likely be beneficial for you.

Daniel's area of expertise is sex and he talks about that here too. He and Julian both admit to having small penises, so he talks about this issue and gives some advice on why it's not a big deal and positions that you can try so that you'll feel bigger and more satisfying for women. Overall there's some good information in this bonus video.

There's also three audio interviews, none of which feature Julian but instead have Vin DiCarlo and some of his instructors. These are all quite old and aren't specific to this main product, but all of them have quality information and are worth listening to. There's advice on approaching women, getting physical, the power of eye contact and a number of other ideas and techniques.

This is a series of short videos that attempts to teach and demonstrate how 'naturals' interact with women. It takes you through the process from the initial conversation through to getting physical. There's not a lot of depth in some parts though and it would have been good to see more detailed explanations and further examples.

If you like a more natural style and don't need as much structure when learning, then you might want to check this out. If you need a more methodical approach to help you learn, then this likely won't be as suited to you. If you're a complete beginner you'd benefit from something more detailed such as Make Women Want You by Jason Capital.

"SuperNatural" is a collection of all the dating discoveries Julian Foxx encountered with women throughout his time in college.