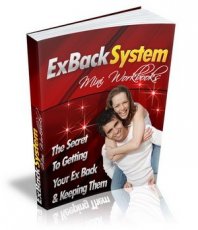 "First Half Good, Second Half Bad"


Last Update: September 25, 2022
The Good
First half of the book is good, and clearly explains what NOT to do when confronted with a break up.
The Bad
The second half, about the actual process of re-contacting your ex and winning her back, offers outdated, wrong or conventional-wisdom advice.
The Bottom Line
The author has the misguided idea that winning your ex back involves multiple dates and a rational negotiation with her. While this may work in some cases, it is hardly the best way and better advice exists out there. Unfortunately, we cannot recommend this book.

A Decent First Half

The first half of this ebook explains how NOT to react when facing a break up, and what to do instead. It does a decent job at it. The author explains that winning your ex back is not going to happen “the Hollywood way”, ie by dropping on your knees and offering her flowers. Instead, it will be a relatively lengthy process, and will involve some work on your part. Handling the break up news, when you actually receive them, is key. You can’t break down, cry or plead. Keeping your dignity and respect is important if you want to have a chance later. Getting angry or asking for pity will only give your ex reasons to avoid you in the future, and validates her decision to get rid of you (no one wants to be with a whiner). If you have already gotten the news (which is likely by the time you read this book), the author suggest decent ways to repair the damage you may have done. The key to his technique is for you to get away from your ex and sever contact, in order to give her the chance to miss you, and to re-build yourself into a better, more positive and attractive person. This makes sense and is indeed excellent advice. It is well explained, although the author repeats himself a bit too much.

During the “Reconstruction Phase”, you make yourself more attractive and demonstrate you’ve moved on emotionally. You improve your social life and appearance and show her there is demand for you on the “singles market”. This part gives good advice, with the exception of recommending to create a dummy female Facebook profile to fake interest on your Facebook wall…a somewhat childish suggestion that would probably backfire, and that in any case focuses you on the wrong thing (faking interest instead of getting it for real).

A Turn For The Worse

Unfortunately, the book takes a turn for the worse in the second half, which is about reconnecting with your ex after the Reconstruction Phase. It starts well, as the author grades the way you could try to reconnect, and rightly rules out email and phone, which are too wimpy. His suggestion of setting up a “fateful meeting” is a good idea, and the rationale well explained. But then he suggests inviting her to lunch…then to many more lunches. Then to many dates and increasingly romantic dinners… before finally ASKING her if she would like to try being with you again (“Look, have you ever considered giving it another go?” is the suggested line). The author says you need to “convince” your ex to take you back – ie, engage in a rational discussion. Unfortunately, that’s not how romance happens, and it’s not how people are swayed.

A basic rule of attraction is: in matters of love, emotions rule. You should engage your ex’s emotions, not her rational brain. The idea that you need to win her back over many dates, then through a serious talk and negotiation is conventional wisdom. It’s outdated and it doesn’t work. You do not ask your ex if she wants to try again, not any more than you ask a stranger “do you want to be my friend?” or a new girl “would you like to be my girlfriend?”. These questions should never be verbalized. You need to create the desire and close the deal through your actions, not by asking permission. With an ex girlfriend (or boyfriend for that matter), severing contact is a good idea, but then reconnection should be fairly quick, and physical. It’s not like you never kissed before...If the desire to be together comes back, it doesn’t need to be over many dates, and it won’t be through negotiation.

Unfortunately, due to the critical mistakes made, we cannot recommend this book. There is more advanced advice out there to help you with this problem (check the ranking of Getting Your Ex Back advice on this website).

Your money would be better invested in courses such as David DeAngelo’s “Double Your Dating” and the One(der) system. Double Your Dating gives beginners a good broad intro into the dating game, and the One(der) system has the best advice we've found on Getting Your Ex Back to date. This will give you what you need to know about women’s psychology, how to make yourself more attractive and the steps to take to get your ex back.

This ebooks offer tips and strategies on getting your ex back.

1. Introduction
2. Recession Phase
3. Reconstruction Phase
4. Reconnection Phase
5. Reconciliation Phase
6. If your ex is dating someone
7. If all else fails
8. Conclusion

The main ebook and a number of bonuses (mindmaps, journal, letter templates)

Money back if not satisfied, within 60 days.

User Reviews of Ex Back System