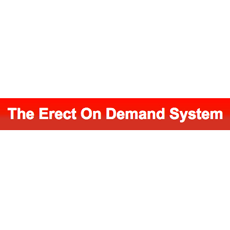 "Offers A Natural Solution That May Help Combat Erectile Dysfunction"


Last Update: February 09, 2023
The Good
Focused more on eliminating the root cause of erectile dysfunction rather than just treating the symptoms. Gives you some options which are cheaper and also safer than expensive and potentially harmful drugs or surgery.
The Bad
Includes some advice which is wrong and should not be followed. Downplays one possible cause of erectile dysfunction, and doesn't mention some others.
The Bottom Line
If you suffer from erectile dysfunction then this product is worth checking out. Particularly if you don't want to be reliant on drugs and would prefer a natural alternative to improve your condition, this is worth a read.

While the focus is on improving blood flow to the penis so you can get hard, it also covers other areas such as increasing size, improving stamina, and pleasing women in bed.

Since everybody is unique and may have different causes for their erectile dysfunction, no single solution is guaranteed to work for you. You'll need to experiment a bit to find what works for you. A couple of other products that are worth checking out to improve your sexual performance are Unleash The Beast by Alex Allman and Extreme Stamina by Jason Julius.

Erect on Demand is a product created by Josh Harding and aims to help men deal with their erectile dysfunction (ED). Harding predominantly defines ED as being unable to get or maintain an erection, whereas he says the medical community also includes premature or delayed ejaculations, and a loss of libido, as symptoms of ED.

So if your main issue is premature ejaculation this product isn't the best option for you, and you'd be better off with Extreme Stamina by Jason Julius. There is some advice here on improving your libido which may work for you, but it's not the sole focus of the product. You may also want to check out TestShock by Christopher Walker.

Harding is around 60 years old and suffered from ED a lot throughout his fifties, putting a strain on his relationship with his wife. He tried all sorts of treatments, especially prescription drugs, and at best he got a short-term fix that treated the symptoms temporarily but would never last. He talks about the problem of relying on drugs, such as it being very expensive and becoming less effective once you build up a tolerance to them.

The Root Causes Of Erectile Dysfunction

So what is it that causes ED? According to Harding, it's predominantly either a blood flow issue or a loss of sensitivity in the penis. These two issues are biological so by treating the cause you should be able to eliminate the symptoms of ED.

Harding pays less attention to the possibility of stress and anxiety being a cause of ED, saying instead that men become stressed because of ED, not the other way around. I think this is a somewhat simplistic way of looking at things, and the psychological causes of ED aren't given as much attention here in this product as they likely deserve.

Harding talks about how on a trip to Peru he noticed the local men were able to have sex with their partners multiple times in an hour, which they claimed was due to a herbal concoction they all drank. He was skeptical, but after a second trip he was able to figure out the basic recipe and had a chemist friend figure out exactly what was in it.

He spent a couple of months experimenting with different combinations of ingredients, until he arrived at what he calls his 'Peruvian Boner Brew'. It contains six herbs, two fruits and an amino acid. All of these ingredients are available from a supermarket or health food shop. If you live in a small town that doesn't have a health food shop, you'd be able to purchase all of these things online.

The book features a breakdown of each of the ingredients and the scientific reasons of why they can help with ED. It also gives you the exact dosages to take so you can blend up your own brew.

In full disclosure, I have never taken this brew and I can't attest to how well it works. Harding claims it'll work for most men who take it, and that you'll see results quite quickly. You'll have to try it out to see how well it works for you personally. Harding admits that it'll be less effective for men who are really overweight and have poor lifestyle habits.

It stands to reason that the healthier you are the easier it'll be for you to overcome ED. There's a chapter in the book at how to correct lifestyle issues that Harding says will make his boner brew less effective. Namely, these are smoking, drinking heavily, and being considerably overweight.

He doesn't say that you need to give up drinking altogether, but that by cutting down you'll see a big difference in how well you can function sexually. When it comes to smoking, this is something you'll need to try and give up. There's not much advice in this product on how to curb these bad habits, so you'll need to be prepared to make the effort yourself to work on this.

If you're really overweight then it's worth making changes to your diet and exercise habits. Harding has some basic advice in here but it's quite limited and likely not enough for you to make real change. It suggests a workout DVD you can buy and some food delivery services that offer healthy meals. A better, and cheaper, option would be to follow the dietary and exercise guidelines in TestShock.

Are Drugs And Surgery Effective?

Harding also talks about how prescription medication can be a contributing factor to ED. If you're taking drugs there's the potential of side effects, and if you're like many people and on a cocktail of medication, there's extra risks when combining drugs. He suggests narrowing down your prescriptions to as few as possible, so this is something you should discuss with your doctor.

Aside from drugs you may be taking for other issues, chances are you're either taking or considered taking drugs designed to treat ED. Harding talks about Viagra, Cialis and others and gives statistics regarding their effectiveness. He talks about his own experiences and how drugs worked in the short-term but never provided a lasting solution, as they are just treating the symptom rather than the cause of ED.

There's also a number of surgical options covered here, with Harding listing some pretty expensive and extreme options some men resort to in the hope of achieving an erection. None of them sound very appealing, and when you look at the success rates given here, seem like something best avoided altogether.

Harding offers a list of surgical options and supplements that are supposed to help with ED and rates all of these options according to their effectiveness, price, and level of danger involved. The lower his rating the better and the more you should try these options before the more potentially dangerous ones.

Aside from the Peruvian Boner Brew, this product lists a number of supplements that may help with ED. These are mainly vitamins and minerals that will have a positive effect on your well-being if you are deficient in any of them. By themselves, these supplements aren't likely to cure your ED or make a huge difference to your sex life.

But making sure you have optimal levels of essential vitamins and minerals is going to be beneficial, so it's worth paying attention to this. You'll also see that Harding mentions he sells his own supplement, which is his Boner Brew in pill form. He's also teamed up with a supplements company to create a supplement to increase your testosterone. I haven't tried these supplements so can't comment on their effectiveness or whether or not you should purchase them.

Erect on Demand also contains a section on exercises and stretches you can perform on your penis to improve size, sensitivity and blood flow. These exercises are commonly known as jelqing, and there is a lot of debate as to whether they actually work.

There is no scientific evidence that jelqing produces any noticeable results, but you'll find anecdotal evidence from a lot of men who have tried it. You'll also find plenty of men who claim that it did nothing for them, or in some cases, produced negative results and/or injury.

Harding mentions that there is the risk of injuring yourself doing these exercises, and gives you tips on how to make it as safe as possible. However you should seriously weigh up the risk of doing serious damage to your penis against possible increases in size that have yet to be scientifically proven. Some exercises are given recommended erection levels e.g. 50% or 80% so you don't cause injury, which might be tough to stick to.

Not everything stated in this product is correct, so you'd be wise to do your own research before trying anything. For instance, it's stated that the penis contains muscles, which is inaccurate. You'll also be advised you can use two condoms at once to decrease your sensitivity when having sex so you can last longer. This is bad advice as you increase the risk of the condoms breaking and it can lead to potentially dangerous outcomes.

If you watch the sales video you'll see a few different claims. One is that Harding doesn't sell any supplements. However in the book he mentions a supplement called RAIL that he created. There's no pressure to buy this supplement though, and you can simply use the herbal brew if you want to make it yourself.

For some reason it's claimed in the video that you'll be able to make up this brew for about 30 cents. This is not true at all, and in the book it says the six herbs cost less than $35 total. You'll also need the amino acid and two kinds of fruit. So it's not expensive, but it's certainly not possible to make this for 30 cents.

As to the effectiveness and speed at which it's claimed this will work, there's no way to say for sure. Everyone is different and will react differently to supplements and/or drugs so you'll need to experiment and find what works for you. There's a 60-day money-back guarantee with this program so you can certainly test it out for a couple of months and see if it delivers you the results you're looking for.

If you suffer from erectile dysfunction then this product is worth checking out. Particularly if you don't want to be reliant on drugs and would prefer a natural alternative to improve your condition, this is worth a read.

While the focus is on improving blood flow to the penis so you can get hard, it also covers other areas such as increasing size, improving stamina, and pleasing women in bed.

Since everybody is unique and may have different causes for their erectile dysfunction, no single solution is guaranteed to work for you. You'll need to experiment a bit to find what works for you. A couple of other products that are worth checking out to improve your sexual performance are Unleash The Beast by Alex Allman and Extreme Stamina by Jason Julius.

This program is designed for men searching for a natural solution to Erectile Dysfunction (ED) without resorting to dangerous prescription drugs. Created for men of all ages, “Erect On Demand” shows you how to restore thick, fully engorged, lasting erections.

- Titan Stamina
- Instant Orgasms
- Text Her Panties Off
- 33 Innocent Words That Turn Her On
- Mr. Big: Simple Exercises to a Super-sized Member

User Reviews of Erect On Demand