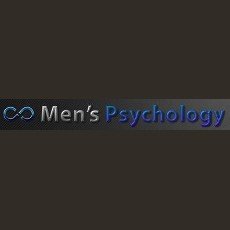 
See other courses and coaching
from Men's Psychology.

This service is not an alternative for those who are suffering from an illness. It is a coaching session meant for any issues that men are having in terms of personal growth, dating and relationships.

One-on-one coaching with your preference of any of the following live, by phone, Skype, forum and teleseminar.

"I Relocated Because of Dr. Paul"

Instructor(s) for Coaching:
Paul Dobransky
Date Program Took Place:
January 19, 2007
Five years ago, I was feeling the misery, the insecurity, of believing there was the right woman out there, but not knowing how to put myself in a position to find her. One day, having attended one of Dr. Paul's live sessions, I decided to call him and get an hours worth of paid consultation. Let's just say... while (at the time) it seemed like the cost I would encounter with a high end attorney, it was the BEST money I ever spent in a 1 hour time frame. As a result of this conversation, I realized I needed to relocate to a place where "Magician" type of women were most likely to be found... thus I found myself in Nashville, TN. It was not easy to relocate, and I kept my real reasons to myself... but, 3 years later... growing as an "Omega Male" I was in a place of having more attraction magneticism than ever before. The result: I married the woman... truly... of my dreams. Since being married to the "right" woman for me, ever aspect of my life has propelled, socially, business, and of course by far... personally with her.

I will always be indebted to Dr. Paul and his humble wisdom.