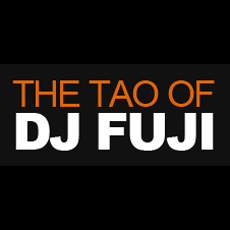 "Core Fundamentals Workshop & Boot Camp" is a training program to teach you how to become a charming man in order to seduce women. Men will be guided on how to have charisma and the confidence to attract women.

Table of Contents:
- Sub-communication
- How to rehearse material
- Breaking down your body language
- Fashion and style
- Correction
- How to acquire both confidence and dominance
- Preparing for the most common scenarios
- How to get rid of flakey phone numbers
- One rule to mastering your inner game

Instructor(s) for Coaching:
DJ Fuji
Date Program Took Place:
March 16, 2012
I went to DJ Fuji's 3 day LA bootcamp during Spring Break and it was an amazing and incredibly valuable experience. I have quite a bit of experience with pickup/exposure to the industry (my primary wingman is an instructor for a very well known pickup company) and i've taken a bootcamp before with another company. I've plateau'd quite a bit and haven't reached the godly levels that I aspire to, however, and that's why I decided to take DJ Fuji's bootcamp.

OVERVIEW
This bootcamp was a bit different from most of his because I'm somewhat experienced in the game and the other two students were already on his long term coaching program as well. So he cut out the usual speeches/lectures/powerpoint presentations on game basics, approach anxiety, etc. that he would normally give during the bootcamps. Almost all of our time in the bootcamp was spent doing drills, such as teasing/push-pull drills, kino drills, time bridging drills (proper way to set up a date and get a phone number while reducing the chance of flakes), etc. During these drills he would watch us closely and make corrections. And believe me... he made a LOT of corrections. All of the critique was on point. During one of the drills he had a female volunteer come in so that we could practice doing direct approaches, flirting, and building sexual tension with her. I thought this was brilliant.

At night, we would go in field for about 4 hours. Instead of just sending us all over the club to go do approaches, like most bootcamps do (such as the one I took before this one), Fuji actually would make us stick with him and would only send one person in at a time. He had hidden mics attached to all of us so he could hear what we were saying. He was also observing from a distance and taking notes intently on his phone. After the set he would give the person he observed a very quick debrief on the set and then move on to the next person. This continued for the entire night.

After each night, he gave us an incredibly detailed debrief of our performance in field, breaking down each set in excruciating detail. I've been in the community for a long time and I've developed an EXTREMELY effective bullshit radar as far as pickup advice goes. I said this before and I'll say it again - this guy's advice is ON POINT. He has an extremely sharp eye and pointed out a crap load of body language mistakes/mannerisms that we were doing that displayed a lack of confidence. For example, he pointed out that I have a tendency to shift and do a nervous laugh every time I go in for a big kino move. He also pointed out the seemingly endless tactical mistakes that we made, as well as giving a detailed explanation/examples on how to correct them. He gave very detailed answers to all of our questions/requests for clarification as well.

Afterwards we would usually go eat and just hang out. It was cool hanging out with him because I've never actually spent time with him in person and I always wondered if he would be as charismatic and personable as I would expect a master of social skills/seduction to be. I'll be honest - because Fuji is so to-the-point and serious in his long term coaching calls, I was wondering whether in person he would surprise me and end up being a dick and socially awkward or give hints that he wasn't as cool as his occupation would suggest. This was not the case at all. The guy is fucking cool as hell. Though he is kind of a dick because he kept on busting my balls for spending like twenty minutes in set with a transvestite (a set that he sent me into)... hahaha. But either way, the guy is incredibly personable and kind, completely hilarious, and exudes total confidence. After having so much social exposure and pickup exposure, it's really easy for me to notice signs of a lack of confidence and I can smell when people are faking it. Fuji didn't miss a beat, and you can feel the guy's confidence from across the room. Yet at the same time he's not at all rude or condescending... he's actually incredibly considerate and generous. He bought us all a meal after our first night downtown at this fancy korean barbecue place... and also picked up allergy medicine for me because there was cat hair in his apartment and i'm incredibly allergic to cats.

summary
- incredible amount of practical advice. things that you would never catch on your own. example: for most of my life I've noticed that people tend to view me and treat me like I'm younger. This is something that's frustrated me for a while. It hasn't been a huge problem but it's come up from time to time. I never mentioned this to Fuji but the very first day we had the bootcamp he pointed out about 5 different things about my speech that conveyed youth and immaturity. he then gave me practical advice on how to get over this. He had an incredibly detailed answer to every single field difficulty that came up during the field session and i walked away from the bootcamp with 10+ typed pages of personalized advice. fashion advice, speech advice, tactical field advice, training advice, lifestyel advice... you name it. all personalized as well.
- drills were excellent and well designed. especially the ones involving the female volunteer. both in terms of sheer practice AND in terms of allowing Fuji to observe us and give us appropriate critique.
- extremely personalized. each day was tailored towards building the most important skills for us as well as improving our biggest weaknesses. for example a good number of us had lots of trouble generating sexual tension and flirting, so this became the main focus of the last day. he could've just ran a "standard bootcamp" and recited his seminars/speeches to us but he chose not to and chose to get his hands dirty and work on what we needed to work on instead.
- only flaw i would really think worth mentioning is that fuji can be easily distracted. he got distracted a few times in field, as he ran into a couple of other coaches and friends during our nights out. I was really hoping he would talk to them briefly and then tell them after a minute or two that he had to get back to work but he spent a bit more time talking to them than I'd like, at the expense of the students. Nothing significant and we all still got more advice/things to work on than we could handle in an entire year, but at the moment I was a bit frustrated because since I was paying for his time, I didn't want any of it to be wasted. That being said, we typically spent 4-5 hours a night in field and he was watching us for the vast majority of the time. In the other bootcamp I took, with the company that I will not name, I was probably only watched for less than 5% of the night, no exaggeration. apparently this is a common occurence in the community. We saw another company out on bootcamp... they had about twenty students and the instructors were drinking and off sarging their own girls.
- you can tell the guy genuinely cares about your improvement. That's why he doesn't give bullshit, generic advice. he really tries to dig into the heart of each student's main sticking points so that he can develop a plan for each person to achieve the types of results they want.
- debrief and tactical advice were amazing. the guy knew a perfect way to handle every single thing that went wrong in our sets, every single thing the girls threw at us. pretty incredible.
- He had NO PROBLEM AT ALL demonstrating ANY of the techniques and didn't miss a beat when asked to. We got to see him flirt and interact with girls in field and during the drills. The fact that he's confident to demonstrate everything he teaches without a moment of hesitation is quite reassuring. I feel like most coaches would faulter or make excuses if asked to demonstrate their abilities in a non-controlled setting. He didn't.

In conclusion... I got a hell of a lot out of this bootcamp and I would highly recommend it. In all my years in pickup I've never met any coach who either matched Fuji in terms of coaching ability/skill, OR in terms of actually caring about student improvement over money. That's why he doesn't do all of that marketing crap and sell ten new ebooks every month, or host bootcamps with 20 students, or hire a new instructor every freaking month. I have a pretty intricate understanding of how most of the industry works and there's quite a few shady practices out there. Fuji is legit, and I vouch for him and his bootcamp one hundred percent.