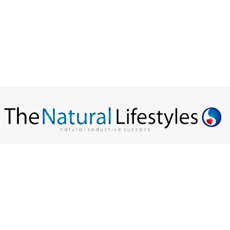 "Eurotour experience from the perspective of an inexperienced..."

Overall rating
7.9
Effectiveness
9.0
Ease of Implementation
7.0
Innovativeness
8.0
Packaging/ Customer Service
7.0
Value for Money
8.0
Reviewed by Kay T
October 23, 2014
I got a lot more than expected from Eurotour. It was a life changing experience for me
that led me to have a lot of breakthroughs. In the beginning, I was very hesitant to sign up for this program because of the review I read on this website about “instructors being more interested in approaching girls themselves than to watch students grow”. I have taken other companies’ workshops in the past, and it was a legitimate concern for me that instructors would not be teaching as much as they advertised. I figured that I would at least start a good habit by going out and approaching women every day even if I did not end up learning as much as they advertised.

I soon realized that it is not the case after the first day into the tour – my initial concerns were all misguided (there are set plans and schedule of what we will be learning and doing every day). After meeting my fellow students, I know that I am with a group of like-minded people that are trying to make changes in their lives.

In term of the coaches, James was not kidding about this being a powerhouse team. I would say that each one of them has high integrity and really enjoys making changes in
people’s lives for the better. Each one offers difference strengths and perspectives as well. The coaches often stay after to help out students with questions and clarifications. They are knowledgeable and would not withhold nor bullshit anything. I was provided answers and clarifications for anything I asked. The only thing that I would say was that there was not enough time since I was growing and developing at a fast pace.

For me, I did not attend the tour with a lot of prior experiences (probably did ~20 cold approaches and never been in a relationship) – although I have taken other companies bootcamps before. The reason was that after taking other companies’ workshops/bootcamps, I still did not go out and approach women by myself afterward. After the Eurotour, I am now pushing myself to continue to go out and approach women for myself (I am writing this a month after the Eurotour). I think the reason that the Eurotour is different was because of these factors:

1. The Eurotour was 13 days long – this helped me to get into the habit of approaching
women
2. The quality of the coaches and their willingness to teach – they all know what they are talking about and have something different to offer
3. Inner game – this is a big one for me. It allows me to have a good “state-control” and to live a life that is aligning with my values.
4. The group of students – It is good to know that there is always a group of motivated friends that I can relate to.

Below are the general overviews of the coaches (in alphabetical order):

James Marshall – He was what I expected from watching his youtube videos. He is very knowledgeable and very good at what he does – during our 1 on 1 session; he was able to give me effective pointers that solidified my approaches immediately.

Jess Daly – Amazing fashion coach. She picked out fashionable outfits for me based on my personality and the way I dressed. I get complimented on the things I wear now and it makes the approaching easier.

Liam McRae – He provides good feedbacks based on the student’s levels. Also provided ways and challenge students to sexually escalate at a faster pace. He and Tony helped out students a lot with their text game.

Sasha Daygame – Craziest social freedom exercises that I’ve ever done. Really pushes what I believe was possible and developed the fundamental techniques of my approaches.

Shae Matthews – Learned really amazing inner-game techniques from him that helped me to be able to control my state. I also understand and see myself differently after his sessions.

Tony Solo – He always go above and beyond in teaching and helping out students. He is always joyful and graceful and his actions show that. I can’t think of an instance where he did not stay after to answer questions and provide clarifications.

For me, the Eurotour is an all-in-one package that provides a holistic way of developing and transforming students. They cover everything from being able to transform how students understand themselves internally to techniques (based on principles) that can were applied immediately during in-fields afterwards. Those things get reinforced during daily in-fields. My experience was that most other companies’ bootcamps/workshops are mainly focused on techniques and "maybe" some principles.

Some could say that being good with women should be natural and that people should
not have to spend money learning this stuff. While this could be true; but for me, I was never that guy. If I had to go and figure all these out for myself, I would most likely never had the confidence and direction to go about doing so (or probably get stuck reading all the e-books and watching youtube videos out there). I see the Eurotour as an investment on myself (sort of like college). Learning how good with women are skillsets that can be taught and developed - it is okay for me to seek help.

The Eurotour was not cheap for me (I used the money originally saved to move out of
my home to pay for this), but for me the decision came down to: 1) I move out of my home but cannot approach any girl that I am interested in; or 2) Stay at home for a longer period of time but can approach girls that I am attracted to.

I am not saying that I became superman with women immediately after the Eurotour.
Like anything in life – it is what I make of it. But, I am now confident that I can hold my grounds and approach women that I am really attracted to (at a minimum).

-Kay
Help other users find the most helpful reviews
Was this review helpful to you?

how much did it cost for the euro tour? I wanna see if im far out or close to my budget as Im considering doing it. cheers!
1 results - showing 1 - 1