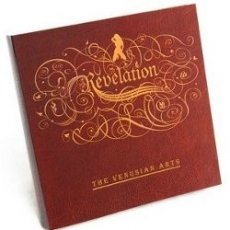 "My Inner Game Boosted Out Crazy."

Overall rating
10.0
Effectiveness
10.0
Ease of Implementation
10.0
Innovativeness
10.0
Packaging/ Customer Service
10.0
Value for Money
10.0
Reviewed by artman
February 25, 2009
I felt like way better as soon as I downloaded the book, just because of the expectations I had from the book. It's psychological you know.
It's not like you know any of the book but my inner game boosted out crazy.
I tell you I went all crazy as soon as I read that little page about "Social Superpowers", was that page 3? I just went out of the house and did lots of incredible things, just smashed through all my fears. But it was my mind mostly that did the trick. And Mystery, Matador and Lovedrop's book is presented in such a way as to stimulate such reactions. As soon as I saw the design of the book I thought "OMG, this looks more like a Dungeons and Dragons Guide, and I rememberd reading about Mystery being a pre-PUA D&D nerd or something. So I thought gee, to him all this is just like a videogame, it's like, when you play on your computer, yeah you do get a lot of emotions, but you don't actually feel anxiety when some "in-game social situation" is aukward. I just don't care, you don't react to NPCs the way you react to live people. I thought of this as the right mindset, a mind set of.. curiosity, in a place, the world, you need to explore, find out it's secrets, and tricks to win the game. Like a detached observator. This was huge and I had only read like 3 pages. For real!

Oh, and the best parts are about The Zen Of cool, kino Plowing, understanding ASD, sound bites, microcalibration and the article written by the asian girl(what was the name?H...). Comes to think every piece of it was just as inspiring.. let me think.. The Way Of Being by Matador? HUGE!

Originally posted on the Venusian Arts Forums. Reproduced with permission.
Help other users find the most helpful reviews
Was this review helpful to you?