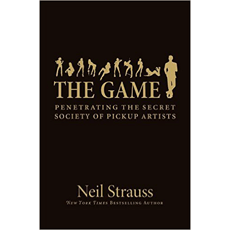 "It does Touches Nerves on us Geeks and Losers."

Overall rating
8.0
Effectiveness
9.0
Ease of Implementation
7.0
Innovativeness
8.0
Packaging/ Customer Service
8.0
Value for Money
8.0
Reviewed by Zapata
June 21, 2006
I just finnished the book. It was really good until Lisa comes along and hogs a lot of pages. Reading about how cool, mature, and awesome Style is in comparison to the rest of the people living in project hollywood was vomit inducing, i mean... the guy loves himself so much its disgusting. The ending is too disney like, and the 'hero' styles comes out triunphant, the book was clearly set for a more tragic ending, or at least with some tragic elements. He doesnt realize the story is not about him, its about the true PUAs, he never was one in my opinion, he was a writer all along. He never mentions any pick up failures of him, not real failures without a bright side to them, he makes it seem like he never fudged a set. By the end of the book you would think he has a 99% batting average, which really takes a lot of credibility out of the book.
I lost respect for Styles as a writer (not that anyone would care), and I realize his conquers are not that great, he would have never done so good if he 1)wasnt a respected writer already, 2)had money problems like some other real PUAs, 3)he didnt live in a mansion in hollywood.
If they ever make a movie out of this, i really hope they take Style's romance out of the scenery and center it more about mystery and the real legends. No one wants to watch a movie (or read a book) in which everything deescalates so smoothly. I for one like movies in which the lead characters are the ones who get lost in their quest to almost insane levels of depth in whatever they do. Im sure style is a great guy, but he is not hero material.
PS: realizing how this book made me write about it, and made me think about all this and go out of character and speak my mind (not to mention that i enjoyed most of it), I really recommend it. It does touches nerves on us geeks and losers.
Originally posted on the Attraction Forums. Reproduced with permission.
Help other users find the most helpful reviews
Was this review helpful to you?