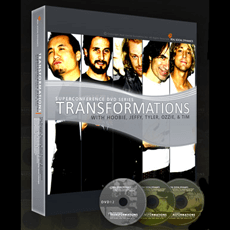 Overall rating
7.7
Effectiveness
8.0
Ease of Implementation
7.0
Innovativeness
8.0
Packaging/ Customer Service
8.0
Value for Money
8.0
Reviewed by oskar
October 18, 2007
I think Transformations is a great programme but probably more suitable for most experienced people that want to take their game to a higher level. I rate the appearances in order of value (for me of course):

-Tim : Despite his claim about not using routines he gives some pearls of wisdom in form of plotlines to use during the interaction (that sounds like routines for me) and general sub communication tips. His mindset is bulletproof.
-Jlaix: I was fascinated by his presence, he seems to have really immersed himself fully in The Game swinging from the light side to the dark side to snap back into the light side. Very inspirational but for most of us hardly useful since we are not even at the first step of his 1000 miles trip.
-Ozzie: I agree with Fader that sometimes his speech sounds retarded, i don't see much difference between his closing tactics with the drunkard guys that i see every weekend grabbing girls from behind here in UK. Having said that i found his latin approach interesting for us who are Spanish speakers and his dance floor game the only input on the matter i have heard before.
- Hobbie: It is interesting to see the transformation of a guy who really had to overcome many obstacles and pushed himself forward and managed to excel. Material wise it is not specially interesting but you have to commend on that guy.
-Tyler: his speech sounds too new age for me. Too much about self help and inner game, which is good, but I didn't find it specially useful for me. He is a good orator though.

In general i think it is a good programme but probably more interesting for them more experienced and advanced.
Help other users find the most helpful reviews
Was this review helpful to you?