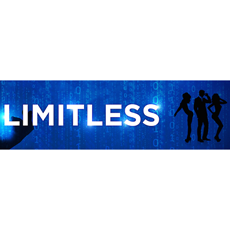 Overall rating
9.8
Effectiveness
10.0
Ease of Implementation
10.0
Innovativeness
10.0
Packaging/ Customer Service
10.0
Value for Money
9.0
Reviewed by Brainbuster
July 14, 2016
First, disclaimer: I've only been through the 1st and half of the 2nd modules.
I assume the rest are structured in the same way.

There are videos where David Tian is teaching a seminar in Singapore.
Looks like a college class. These are all in English, and excellent.
What makes them excellent is that, not only does he reference scientific studies (recent ones, which is important--if you hear about a study done in the '70s at Yale, which yielded remarkable conclusions about visualization, or written goals, or how communication is 90% nonverbal, or "we only use 10% of our brain, or whatever, odds are it's a BS study that never happened--an old wives tale. In the rare event that it WAS actually a real study,the fact that there's just one study and you have to reach back 40 or 50 years to cite is tells you something (that probably there are more recent studies that couldn't replicate the result, or that the conclusions from that study were misconstrued such that the conclusions vastly overshadow the actual observations from the study-- e.g., that "studies show that 90% of communication is non-verbal," --that one was a study that showed two people to, say, Bob, and the scientist asked Bob whether Person A liked Person B, or something like that. The study found that Bob could often perceive whether Person A really did like Person B. But you'll hear many people who obviously never read the actual study claim that 90% of communication is non-verbal. All you need to do is turn on the news, and put the TV on mute, then come back to me and tell me whether that makes sense. Or just ALWAYS CHECK TO BE SURE THERE WAS A STUDY done at all. Don't just listen to a PUA or a charismatic speaker tell you that some study proved that visualization is as potent as actual practice, or that written goals will make you a happy millionaire (though, it's probably a good idea to write your goals (if I had written a goal for this paragraph, it would probably have fewer parentheses), it's just that the study at Yale (or was it Harvard? lol) never happened) Snopes is a good place to start).

I can tell that David understands the studies he's referring to better than any other PUA I've seen.
I also appreciate that he understands the difference between Life Span and Life Expectancy.
Many people, for example, make the mistake of confusing the two. We know that a few thousand yrs ago, for instance, the human life expectancy was 30 (or something). But people hear that and think that a 30 year old back then would be an old man with a long white beard. No. A 30 year old back then would be like a 30 year old now, maybe even healthier and stronger. Life Expectancy is the AVERAGE of a population. So if 1/3rd of the population dies at age 1, then that will pull down the LE significantly. People back then could still live to 60 or 70.

So to recap, when David references a study, it seems to me, the way he discusses it, he actually read into it deeply and understands it. Of course, he is human and fallible, but so far, he's the most rigorous when it comes to referencing studies.

That said, there were a couple times he made some comments in passing that I disagree with. It's difficult because most of what he says is backed by studies, but he still has some beliefs that are skewed by his own personal experience or perhaps whatever seems "obviously advisable." Here's an example: He was discussing the plethysmography, which is a way to discern a female's arousal level. When she's is shown a photo of a flaccid penis, she does not get aroused. When it's an erect penis, she gets aroused (even if it's a monkey penis). This is despite her insistence that she is "grossed out," "disgusted," "repulsed," or "indifferent." She herself does not know that her body is aroused. So far so good. Fascinating implications. Then David added, "But that doesn't mean you should send women photos of your dick." This is where he punctuated all that science with his own beliefs. I've read the advice many times, and to me it sounds just like the advice (that sounds good maybe to some women) "be a gentlemen."
Maybe David had tried it and it didn't work for him. Maybe he NEVER tried it and so he doesn't really know.
But as for me, I KNOW that I have pulled more than one cold, red light, "No" girl by sending her such a photo. Maybe I just have a glorious penis. Maybe you will say that all the girls I pulled were "sluts," or "low quality." I assure you, they were not (all) low quality. Many of them were hot (and not crazy). I can think of 2 of my serious girlfriends who saw my penis before we ever met (online dating). Both of them showed the photos around to their friends and co-workers (and not because they were jeering or mocking it... it was a positive thing).
Another bit of common "wisdom" is not to have a shirtless photo on your online dating profile. I can assure you that this advice is bunk. When I put up a shirtless photo on my online dating profile, I easily get several times more messages in my inbox. "Experts" say that women laugh at such profiles. Well, maybe they laugh when they're not horny, but 2 to 4 days out of the month, most of them won't be laughing. Anyway, back to the point.
Another bit that I'm not sure of was when David said that women reach their sexual peak at 30 or 35. From what I read, biologically, a woman is most horny at age 22. That's biologically. Maybe she's more sexually active at 30 or 35. My point is that it's possible Tian was wrong there. I forget how he phrased it. And I also can't remember exactly where I read that women are biologically the most horny at age 22 (but it does make more sense, evolutionarily speaking).

All the above said, David Tian still references more studies and grounds his work on science more so than other PUAs.
I can already hear the objection: "I'll listen to an expert PUA who spent 10 years picking up women sooner than I'll listen to a scientist in a lab-coat." I hear that kind of thing regarding body-building (it makes even less sense regarding bodybuilding). And you will be poorer for it. Here's why. Because science! Science is a methodology which specifically, by its nature, filters out subjectivity. Yes, the implications and sometimes the conclusions are subjective, but you can't argue against observations (Scientific method, hypothesis, then test it, repeat). Additionally,
there may be (and usually is) a PUA guru who is amazing with women. You'd want to learn from him, yes? Well, that's stupid, because the vast majority of PUA gurus are 6 feet tall or taller (I've looked it up on this website, datingskillsreview... I looked up about 3 dozen of them). And I mean a VAST MAJORITY. That should concern you. I'm not saying their advice is useless, but do remember that their advice on the Attraction phase may not be so good. They may have good advice for Qualification and Comfort (and Paul Janka is extremely good for logistics). They already fit the bill for most women. There are maybe 3 or 4 short PUA Gurus. David Tian is one of them. Okay, scratch that. David Tian is average height in Singapore. Avg male height in Singapore is 5'7". That's what he is. Still, he's not tall there. And he's certainly short in USA *(I'm 5'7" as well-- but just so you know, my latest girlfriend who fell madly in love with me (and I mean madly), is 6'3", a tall, slim, blonde, blue-eyed hottie... and yes, I sent her several pics of my d*ck before we met, and she asked my permission to show it to her friends).

There's an exercise is this program that pulled me out of mild depression.
I know this program is not targeted for that, but that's what it did. I was feeling very forlorn, and I spent 20 minutes doing the exercise, and then I felt happy and motivated after it.

Something else is different about this program. It's funny because it's the exact opposite of Ross Jeffries back in 2000 when he was delivering his DC seminar. I remember RJ scolding the class saying, "Put your pencils down, don't write this down, I want you to get this, I want you to understand this." To this day, I think RJ was mistaken. Maybe that's how HE learns best, but as for me, I do not process information well when I listen to it. When I read it with my eyes, I remember everything. David Tian scolded his class, and told them to write down what he was saying.

Here is one more thing that is different. You may find this amusing, or you may dislike it.
There are a few times when David Tian yells at his students, calling them names, e.g., "What's wrong with you, you dumb fucks!" I would not want him as my doctor; is bedside manner is..um..lacking. But, hey, he was teaching a long class. Maybe those students really were just extremely frustrating. However, he does throw a tantrum several times. Oh, and he uses "fuck," a lot. I don't even mind cuss words, but it sometimes feels like he's channeling Brad Pitt (in Fight Club). Except that he's overdoing the machismo.

I like the direction he takes with appearance. There are gurus who say that appearance doesn't mean anything to women. In contrast, David Tian said that it can amount to 50%. He bluntly says that if you're fat or you're ugly, then you should take care of that. He also spends time discussing style (like fashion, but more like how congruent you look and how much you stand out). Fashion (or rather, style) must be important, because I believe the Venusian Arts boot camps and the Daygame,com boot camps and for all I know most boot camps begin the first day by changing the clothes of the guy.