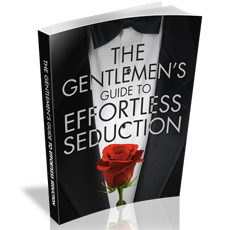 "Terribly Written, a lot of Waffling."

Overall rating
3.7
Effectiveness
2.0
Ease of Implementation
2.0
Innovativeness
8.0
Packaging/ Customer Service
10.0
Value for Money
2.0
Reviewed by DragonJing
April 30, 2016
The book is relatively short compared to some other seduction literature which is relieving when you realise the author is basically ranting about popular and controversial topics in the PUA industry such as feminism, male/female roles and his utter disdain for the community.

If I could describe the book in a good way it would be that the author is probably a natural and doesn't see the point in complex pick up and seduction systems. As a writer, he should take a few English classes as my first impression is that it was his second language. There is a lot of common ideas throughout and he persists to develop his concept of 'The Renaissance Man' and I'm not sure if he's been to school but the Renaissance has long gone.

I couldn't read it beyond the first chapter as it was incoherent in parts and sounded more like an angry dude on a web forum.

Not sure about his live training or online video system as I don't think I'll be interested any further.

Effort: 110%
Quality: I'd rather not continue reading.
Help other users find the most helpful reviews
Was this review helpful to you?