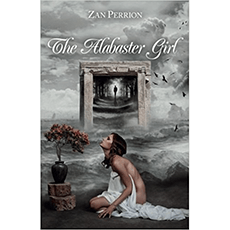 "Reflections On A Life Spent In Pursuit Of Women And Beauty"

Overall rating
6.7
Effectiveness
7.0
Ease of Implementation
3.0
Innovativeness
10.0
Packaging/ Customer Service
7.0
Value for Money
9.0
Reviewed by Jackson Hunter
May 16, 2015
The Good
Offers a unique perspective on life and women that you won't find in other dating advice products. Provides a good insight on what it means to be a man who is naturally attractive to women. Helps inspire a greater appreciation of women and life that goes beyond the superficial.
The Bad
The book is overly long and repeats a lot of the same points again and again. Makes a lot of generalizations. Vocabulary at times is difficult to understand.
The Bottom Line
This isn't a practical 'how-to guide' on dating and relationships. It's more of an insight on Zan's philosophy on how he lives his life and the role that women play in it.

If you're looking for inspiration on how to live a mindful life where you're able to be in the present moment and really appreciate women and their feminine energy, this book is worth checking out. If you want a manual on how to meet and date women, including tactics and techniques, you won't find it here in this product.

The Alabaster Girl, by Zan Perrion, takes place on a few different levels. It tells the story of a fictional character who is one of the world's greatest seducers, and the book he has written, The Alabaster Girl. He's on a train journey where he is joined by a female journalist, intent on discovering his story and how he has become so successful with women. The dialogue between them makes up one part of the book.

The second level is excerpts from the fictitious book, recounting the character's memories and experiences of the different women who have been in his life. And the third level, which accounts for the majority of the book, consists of thoughts, musings and the overall philosophy of how he approaches life and women.

While the character is obviously based on Zan, it's not clear if any of the stories are fictionalized or if he experienced all of these things himself. I recognized a few stories as those that Zan recounted back in the earlier days of the seduction community, so it would be fair to assume that most, if not all, of these stories are based on fact.

If you're not familiar with Zan, then its worth noting that he has his own unique style which is very different to most dating coaches. You get the feeling he sees himself as a throwback to a bygone era, a Casanova-esque type who doesn't fit into the modern world or share any of mainstream society's values.

Throughout the book he refers to himself as a gypsy pirate, an adventurer, a seeker of beauty. He continually offers up quotes from literature, poetry and philosophy, with more than a liberal sprinkling of foreign-language phrases thrown in for good measure.

There's a sense of romantic adventure combined with curiosity in the way he approaches life. He has a deep love of women and the feminine energy they offer, and one of his most frequent quotes is, "A man who loves women is loved by women". As you red through the book, you can see why women are drawn to him; how he offers them something that most other guys never could.

While he points out that he wasn't always good with women, in fact far from it, he has become a 'natural' in the truest sense of the word. His interactions with women are genuine and authentic, and he doesn't adopt any sort of persona or try to be someone he's not. A theme throughout the book is that he treats all women the same, even the ones he isn't physically attracted to. His mindset is that they are all 'his girls' and deserve to feel special, which is the gift he gives them.

As much as he loves the women he is with, he can never stay with just one. He talks about the reasons for this throughout the book, but ultimately his need for freedom and thirst for adventure outweighs the desire he has to stay. This is shown through some of the excerpts in the fictitious Alabaster Girl and shows how you can be honest with women when explaining you can't give them the commitment they are looking for.

What To Expect From This Book

This isn't really a typical dating advice product, in the sense that it's not giving you specific advice on how to meet and date women. You won't find anything in the way of tactics and techniques, or instructions on what you should do yourself.

The closest thing you'll get to this is from some of the dialogue between the seducer character (who is essentially Zan) and the women he interacts with. You'll get an insight into some of the things he says to women, which vary between sexually direct, romantic, challenging and playful.

For the most part though you'd be advised not to try and copy the examples here too closely. The things that Zan does work for him because he's being himself and expressing his authentic personality. Most guys would have a very difficult time pulling off this particular style as it wouldn't be congruent with their personality. If you normally don't quote 19th century literature or French poetry in your daily life, it wouldn't make sense to try this as a tactic in the hopes of attracting a girl.

Here's a passage from the book: "I am often asked: What do I say that other men do not say? What do I do that other men do not do? I have no clear answer to any of this, for who, as they say, has seen the wind? It is almost impossible to describe it in words. It is foolish to even try. I can only hint. I can only guess. I can only wonder. There is no clear algorithm to follow, there is no 'You start by saying A; if she responds with B, then you go to C.' It is all about intuition and sub-communication, feel and flow."

If there were any direct advice in this book, it would likely revolve around the themes of knowing who you are as a man and living life on your own terms. When you have these two things in order you can then offer your authentic masculine self to women while embracing her feminine energy. In that respect, there are some similarities here to what is discussed by David Deida in The Way of the Superior Man.

What you'll likely get from the book is inspiration to make conscious decisions about how you want to live your life. Previously Zan has referred to himself as a 'bon vivant' which in French means 'one who lives well'. This is probably as good a description of him as any, a man with a renegade spirit who chooses a life pursuing beauty, adventure and great memories. Zan's enthusiastic zest for life is contagious, and you'll discover the importance of choosing your own path and not spending your life trying to please other people, women included.

What Could Have Been Improved

At over 400 pages, this is a really long read. It's more noticeable since Zan tends to repeat a lot of the same points over and over. I think 100 pages could easily be slashed off without really losing any of the message or effecting the overall quality.

The female interviewer on the train asks the author of the Alabaster Girl who he wrote it for, and he replies it was for himself. In the same sense, it seems like Zan has written this book mainly for himself also. The vocabulary is difficult at times and there are many obscure foreign phrases that the average person will never have heard, so you may want to read this with a dictionary and Google Translate on hand if you want to comprehend everything.

One issue, that Zan actually acknowledges a few times throughout the book, is he makes a lot of generalizations and speaks in absolutes. He tends to depict men and women in a black and white fashion without recognizing the large grey area in between. Potentially this could cause confusion for guys with little experience, who might take some of what Zan says as gospel, even though that isn't his intention.

For example, he says at one stage that if a girl is talking to more than one man, she'll always pay less attention to the man she is most interested in. From my experience, I know that this isn't always true. If you're a beginner, it's important to learn to read the situation for what it is and understand that not every woman is the same, rather than accepting these over-simplified rules that don't always hold true.

On the same note, he mentions how he only approaches women who have shown him some interest through eye contact, unless he just happens to be right near them anyway. Less experienced guys often struggle with reading a woman's non-verbal sign of interest, or don't receive any in the first place. To build up your experience it's a good idea to talk to lots of women and not rely on invitations to do so. Zan isn't explicitly telling you not to approach women without a signal of interest, but it's the lesson that some people could take away.

This isn't a practical 'how-to guide' on dating and relationships. It's more of an insight on Zan's philosophy on how he lives his life and the role that women play in it.

If you're looking for inspiration on how to live a mindful life where you're able to be in the present moment and really appreciate women and their feminine energy, this book is worth checking out. If you want a manual on how to meet and date women, including tactics and techniques, you won't find it here in this product.