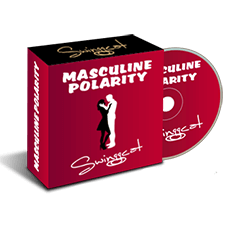 "Teaches How To Meet And Attract Women In A Natural, Masculine Way"

Overall rating
6.3
Effectiveness
8.0
Ease of Implementation
5.0
Innovativeness
9.0
Packaging/ Customer Service
6.0
Value for Money
4.0
Reviewed by Jackson Hunter
March 08, 2015
The Good
Encourages you to think about interacting with women in a way that is natural and fits your own personality. Gives specific techniques and exercises that teach you how to be more spontaneous in thinking of what to say to women. Based on a combination of first-hand experience and academic research.
The Bad
The audio can't be downloaded and there aren't written summaries, so you'll need to take notes. The content is quite intellectual and dry in many places, so some of it may go over your head. Non-native English speakers will likely have a tough time with comprehension of the material.
The Bottom Line
This is a product that aims to show you hot to meet and attract women by embracing your masculine energy. It focuses on how to be in the moment and flirt with women spontaneously, and is well suited to guys who have an over-reliance on pick up lines and canned routines, which is the inspiration for much of this course.

While the membership area has a very outdated feel to it, the content itself is quite original. In an industry where much of the advice is derivative and regurgitated, Swinggcat is more innovative with his material and ideas.

If you learn better from advice that is simple and easily digestible, you might find this a struggle to get through. But if you like products that require more thought and mental focus, there is some really solid information in here.

If you're not familiar with Swinggcat or the style he teaches, a good place to start would be Real World Seduction 2.0. It's an older product but still has a lot of relevant and useful information, particularly on two of the main topics Swinggcat is known for, prizing and qualification.

Whereas Real World Seduction contains some ideas and techniques that were more popular in the pick-up community from 2003-2006, Masculine Polarity has a more updated and modern take while sticking to many of the core fundamental principles.

The course consists of 8 CDs, with 12 tracks on each CD, except for the last one which has five. The audio can't be downloaded so you'll have to listen to it online in the member's area, and I'd suggest you take notes as you listen. There are PDF documents which give you the exercises to do, but no written summaries or transcripts of the main content.

Something that has been researched and debated a lot within the dating advice and pick-up communities is the role that evolution plays when it comes to mate selection. Largely, what makes men and women attracted to certain members of the opposite sex over others, and how much of this is an unconscious process beyond our control?

The first CD here covers this topic in depth, and delves into the work of people such as Charles Darwin, Friedrich Nietzsche and Geoffrey Miller amongst others. This is really interesting to listen to, albeit a bit technical at times, and explores the topic in more depth than most other dating advice products.

One thing it does well is detail the difference between natural selection vs mate selection, and show you why certain guys who should be attractive to women often aren't. So if one of the things you struggle with is understanding why women typically aren't attracted to nice guys who try to please them, this will explain why that's the case from a scientific perspective.

Another topic Swinggcat covers better than most people is how the type of man that women say they want is often different to the man that they actually fall for and pursue. Perhaps you don't fall into the category of what a woman's physical type is, but that doesn't mean she won't feel attraction for you based on other traits and then later rationalize that you are indeed her type. If you have limiting beliefs about your looks, this product may help you with that.

The main issue that gets discussed here is the role that mate status plays when it comes to attracting women. Swinggcat explains that mate status is the value that women assign you subconsciously as they compare you to other potential mates. So if you have high mate status this is very powerful and women will focus on your good traits and overlook your bad ones.

He makes the argument that the highest form of attraction is polarity attraction, and having this gives you the highest mate status.

What Is Polarity Attraction?

To oversimplify it, feminine energy is attracted to masculine energy. So the types of women that tend to be the most desirable i.e. highly feminine women, will generally be attracted to men who project a strong masculine presence. Polarity refers to the pull/attraction that is felt when these opposite energies interact.

This topic has been discussed before, most notably in the Way of the Superior Man by David Deida. But here Swinggcat goes into more practical detail on what this means and how to project masculine polarity, as CDs two and three are entirely devoted to this.

There's a 10-part structure covered here that explains how a man projecting masculine polarity behaves, versus a man projecting feminine polarity. These aren't really techniques that you do, they're more behaviors and attitudes that stem from having the right belief system.

Making these kind of changes will be very effective, but can be tough to implement. It's not the kind of thing where you're going to see results overnight, it's going to take a sustained effort to work on yourself and create new thought patterns and behaviours over time. In the long run though, it will be well worth it.

Being In The Present Moment

In CD four Swinggcat talks about the downside of using pick-up lines and 'canned game' eg. opinion openers and routines. He relates his own experiences here, having been one of the men who excelled at this particular style. In fact in Real World Seduction 2.0 this is exactly the style that he advocates.

But clearly he has evolved in this time, and it's interesting to hear how his experiences closely match other pick-up artists who have made the same transition. The question he poses is that despite getting success with women using canned game, what price are you paying? In his case it was a dulling of his social skills and the inability to have regular conversations with people without relying on opinion openers and routines.

If you've read The Game by Neil Strauss you might remember this topic being covered as well, as Neil coined the term 'social robot' to denote men who had fallen into this trap. While using routines and scripted conversation can be very helpful for beginners to learn the structure of what works, if you don't transition away from this at some point it can actually become counter-productive. Swinggcat does a good job here of explaining why.

He also points out potential problems of using a direct style, where you explicitly state your interest in a woman right from the start. So what's the solution? As explained here, it's to be present in the moment and be aware of what's happening in the environment and look for openings. There's specific exercises given for how to cultivate this awareness, which Swinggcat admits will take some investment of time to develop the skill.

Putting It All Together

While the first four CDs cover more of the theory, the next four are more focused on the practical steps of what to do when approaching and talking to women. There are exercises to do designed to ingrain everything that Swinggcat is teaching you, and you'll get better results if you actually take the time to do them.

Ultimately the aim here is to teach you how to be spontaneous and come up with conversation naturally that will project your masculinity and attract women. The drills and exercises are designed to get your brain associating what you notice in the environment with things that you can talk about. If you don't have much experience with this it might be a bit of a struggle in the beginning, but the more you practice the better you'll get.

There are a lot of examples here of how you can make associations and what to base them off. However it does get a bit repetitive at times and can be hard to distinguish between all the different ideas because there's a lot of similarity to them. The audio-only format makes it a bit harder to take everything in, and I couldn't help thinking it would be more user-friendly if it incorporated visual slides to go along with it.

The advice taught is valid though, however you may need to listen to it a few times to really digest everything. Like a lot of what Swinggcat teaches, this course incorporates techniques that rely on inherent human psychology, so it does get technical and scientific at times. I think at times it gets a bit too intellectual and could have been simplified in a few places so the average person could understand it easier. If you're a non-native English speaker this course may be difficult for you, due to the scientific language at times and the lack of written material.

If you've read Real World Seduction 2.0 you'll be familiar with a lot of the themes that are taught here, such as prizing, qualification and push-pull. As there's a lot of proven psychology at play here, these techniques are effective for men who are looking to attract women normally out of their league. When you combine these techniques with what's taught here about projecting a masculine polarity, you have a blueprint for how to learn to be magnetically attractive to women.

This is a product that aims to show you hot to meet and attract women by embracing your masculine energy. It focuses on how to be in the moment and flirt with women spontaneously, and is well suited to guys who have an over-reliance on pick up lines and canned routines, which is the inspiration for much of this course.

While the membership area has a very outdated feel to it, the content itself is quite original. In an industry where much of the advice is derivative and regurgitated, Swinggcat is more innovative with his material and ideas.

If you learn better from advice that is simple and easily digestible, you might find this a struggle to get through. But if you like products that require more thought and mental focus, there is some really solid information in here.