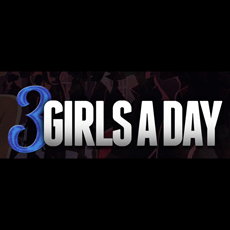 Overall rating
7.5
Effectiveness
8.0
Ease of Implementation
7.0
Innovativeness
6.0
Packaging/ Customer Service
9.0
Value for Money
8.0
Reviewed by Jackson Hunter
February 21, 2015
The Good
Shows you word for word Todd's profile and the messages he has sent to get dates. Gives you quite a simple structure to follow, so you should always know what your next move is. Works well on very attractive women.
The Bad
Doesn't go into too much detail on photos, or show you any examples. Some guys might not be congruent with the somewhat cocky style that's taught, and it might not attract the type of women you'd like to meet. Audio quality in a bonus product is poor.
The Bottom Line
This is a product that takes you through the process of creating your profile through to going out on dates. The emphasis here is more on going on lots of dates that lead to sex rather than meeting a woman for a serious relationship. If you're looking to take things a bit slower, you might want to check out The Click Magnet Dating System.

You're encouraged to keep testing things out until you find what works best for you, at which point you'll be able to use this same model to go on dates with new women whenever you like. It's all about being efficient and getting the best results possible in the least amount of time.

Best suited to guys who live in bigger cities and/or are targeting women who are very attractive. If you live in a place where most of the women online are average looking, this product is less likely to work in that case.

The name of this product comes from the fact that its creator, Todd Valentine, used to go on dates with three women a day that he met online. One thing that he stresses throughout the product is that if you can create an online dating profile that attracts women, you'll be able to go on dates with new women pretty much whenever you like.

The problem for most guys is that they have a profile that is boring and generic. There's a lot of competition online and women are inundated with new messages constantly. This results in sending lots of messages that get ignored and investing a lot of time that leads to little, if any, success.

The focus in this product is making sure you don't fall into this trap. Todd suggests an approach in crafting a profile and sending messages that guarantees you'll make a strong impression, however it won't always be a positive one.

His aim is to be polarizing, which means getting strong positive as well as negative reactions. He even says that if you aren't getting any negative responses from women then you are doing something wrong. This may seem like a strange idea, however the reasoning behind it is that it's better to have a smaller percentage of women who really love you than a lot of women who are lukewarm about you.

Does This Style Suit Everyone?

It really comes down to what your personal goals are with online dating. Todd was/is using online dating to screen for attractive women who like his bold and confident style and that are likely to sleep with him as quickly as possible. He even mentions at one point that he won't go on a date if he feels there's no chance of sex, and suggests you do the same.

I wouldn't suggest such a hardline stance for everyone, as there are times when you might only have a short amount of time to meet up with a girl and there's no chance you'll sleep together. But you might still have a great time regardless, and especially for beginners you just want to try and get as much experience with women as you can. Making sex the sole focus is very outcome-focused and not the best idea for many guys.

This is one of the reasons that we have set up the Dating Skills Academy, to help guide you as to what information you really need to know so that's it tailored to you personally and what you're looking to accomplish. The information here in 3 Girls A Day will be great for some people, but less than ideal for others.

If you're a bit more shy and anxious around women, then the kind of profile Todd suggests won't be congruent with you and you'll have a tough time trying to live up to this false image you've created. If you're also looking to meet someone who you feel a connection to based on their personality and aren't so concerned if they're average looking, the approach here could get you negative results.

However if you're wanting to present yourself as a confident man who is sure of himself and goes after what he wants, then this product will help you with that. It's brash at times and works to filter out the women who aren't similarly confident in themselves and their appearance. You're likely to get better results if you're in a large city full of attractive women such as Los Angeles, New York or Miami.

If you follow the advice here then you won't be spending much time reading women's profiles. Instead, you'll be using template messages that you can send en masse to women so as to be more efficient. This is a strategy that we also recommend as does another online dating product we highly rate, Click Magnet Dating.

Todd explains how it's a waste of time to browse through profiles and create custom messages for each woman, and will limit the amount of dates you're going to get. He only suggests doing so if you're looking to be really selective about a woman's personality and want someone with the same obscure interests as you. Instead, send a copy and paste message and once she responds then you can tailor it to her a bit.

The messages that Todd sends are pretty short and there's nothing complicated here. He's just looking to get a response and then escalate towards getting a number, usually within three to six messages. From there he usually calls the girl and sets up a date.

One interesting here that you won't see anywhere else is how Todd has categorized every message a woman sends into one of four groups. This means that no matter what she sends, you'll be able to recognize where you're at and what you need to do next. For guys who don't have a lot of experience, this is a huge help and will simplify things a lot for you.

There's a lot of real life examples shown here, and one thing Todd demonstrates a number of times is how to turn around negative responses. Because of his profile and his messages, he does tend to provoke 'tests' from women, but he follows the system and often turns this around which leads to a date. It's a good demonstration of how persistence and an unreactive frame can attract women, whereas most guys would either give up or turn nasty after the bad response.

However, one of the reasons Todd is able to turn these interactions around is his wit and intelligence. You're not going to be able to use template messages in most of these situations, and you might not be as creative as Todd in coming up with just the right message. He gives you a formula that has three options, but you'll have to do some thinking here and coming up with some of these messages might be more challenging.

There are a few bonuses included here with the main video product. You get a book which summarizes all of the main content from the course, including two of Todd's own dating profiles. The quality of this book is good, and it might even make sense to read this first before you watch the videos.

You also get a 22 minute interview between Todd and his girlfriend, who he met online. Her face is blurred but you can tell she is attractive, and she details her general experience with online dating and also specifically how she met Todd and why she wanted to meet him. This is interesting to watch and it'll help you get into the mind of a hot girl and understand why most men fail with online dating.

There's three phone calls here as well, where Todd calls up girls from online to arrange a date. The audio quality is fairly poor here, and in two of the three calls it was virtually impossible to hear what the girl was saying. You can still hear what Todd is saying and it'll give you an idea of how to handle phone calls, but the overall value of this bonus really suffers due to the audio problems.

Another thing you'll get access to is a few complete conversations, from first message to number, on OkCupid. These are pretty standard examples, and show you how the interaction will often go when you have a strong profile and the woman doesn't throw any tests at you. There aren't any examples here of girls being difficult, but you'll see how to handle this in the main product.

This is a product that takes you through the process of creating your profile through to going out on dates. The emphasis here is more on going on lots of dates that lead to sex rather than meeting a woman for a serious relationship. If you're looking to take things a bit slower, you might want to check out The Click Magnet Dating System.

You're encouraged to keep testing things out until you find what works best for you, at which point you'll be able to use this same model to go on dates with new women whenever you like. It's all about being efficient and getting the best results possible in the least amount of time.

Best suited to guys who live in bigger cities and/or are targeting women who are very attractive. If you live in a place where most of the women online are average looking, this product is less likely to work in that case.