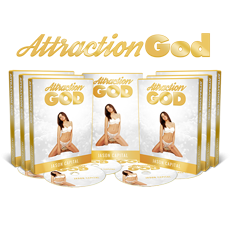 Overall rating
7.1
Effectiveness
8.0
Ease of Implementation
8.0
Innovativeness
6.0
Packaging/ Customer Service
10.0
Value for Money
4.0
Reviewed by Jackson Hunter
October 30, 2014
The Good
Simplifies the topic of attraction and makes it easy to digest. Has a good combination of mindsets as well as techniques. Focuses on the long-term picture of becoming an attractive man.
The Bad
Price is pretty expensive. Doesn't contain much new information.
The Bottom Line
This product aims to teach you how to be the guy that is naturally attractive to women. The focus is more on working to develop yourself as a man than learning bunch of scripted lines or routines. There is a section that is all about techniques and methods, but this will work better when you've got a handle on the other stuff Jason teaches here.

It's meant for guys who have already read Jason's beginner's course, Make Women Want You, so check that out first. There's not really a lot of new ideas or information here, but the whole product is well organized and presented and gives you a clear idea of what you need to do and work on to become a more attractive man. Worth checking out if you are at an intermediate level and don't mind the hefty price tag.

The Attraction God System is a video seminar given by Jason Capital that consists of seven core modules and some bonuses. The way the product is presented is very similar to another of his products, Social God System, where he makes notes on a whiteboard and asks you to pause the video periodically to complete different exercises.

So in reality you'll get out of this program what you put in. If you take notes and do the exercises that Jason suggests, as well as go out and apply these ideas when talking to women, you'll get a lot of benefit out of it. If you're just looking for a bunch of pick-up lines and routines, this is not the product for you. To really get to the level that Jason describes here, you're going to need to work on improving yourself as a man.

If you've seen any of his other products, you'll know that Jason is really well read and a lot of the ideas he teaches are based on works and teachings in the self-development field. This course is no different, so the principles you'll be learning about are what people have been using to achieve success for many years now.

Why Women Are Sexually Attracted To Certain Men

In the first introductory module, Jason talks about his '#1 rule of f#@cking'. This is the foundational principle that everything else is built upon, and dictates which guys women will sleep with.

There are exceptions to this and I wouldn't say it is 100% accurate, but it's a pretty good rule of thumb to go by. It may be uncomfortable for some guys to hear, as it goes against societal conditioning and what we are told through mainstream media eg. Hollywood. But if you've already purchased Jason's product for beginners, Make Women Want You, this idea won't be much of a stretch for you.

Besides this #1 rule, he also covers how women aren't going to be attracted to you for your 'resume', the things that most guys think are important such as their money, career and accomplishments. Instead, it's certain personality traits that you display that are going to attract women on a subconscious level.

This is important to establish up front, as it's amazing how many guys still believe that bragging to women about how successful they are and what they have in the way of money and possessions is the key to attracting her.

Instead, Jason gives you a formula to keep in mind that is the key to being attractive to women. Basically the idea is to be fun and challenging, which is based on the concept of being cocky and funny that was popularized by David DeAngelo. Jason gives credit to DeAngelo for the idea, but talks about how he and his friends didn't get the success he was looking for until he modified the concept.

So with the focus on being fun and challenging, the main techniques you'll learn here revolve around teasing, bantering and push/pull. If you like this style of interacting with women, then you'll probably relate well to Jason and appreciate this product.

Mindsets And Paradigms For Attraction

The first few modules are spent on making sure you do the mental preparation and have an understanding of what it'll take to become an 'attraction god'. So there's stuff on motivation, how to invest in yourself and make sure you take action.

You'll be told to commit at least 30 minutes a day to studying this material for the next 90 days, and to work on creating a vision of who you want to become when the 90 days are up.

Again, this is all stuff that is based on psychology and other self-improvement advice, and to get the full benefit you'll need to make the effort to do all of this. It might be tempting to just watch these videos and not do any of the exercises, but you'll only be hurting yourself.

The module on paradigms contains a number of opposing mindsets and actions that separate the top level guys from the rest. So for example, one of them is courage versus comfort zone, and how only 1% of guys are continually improving by expanding their comfort zone and the other 99% remain stagnant by trying to remain comfortable.

There's about ten of these paradigms covered here, and they'll give you something to think about in terms of your attitude and how you are currently interacting with women. Chances are you'll come across a few things you're doing which aren't ideal, and see what Jason recommends you do instead.

Module #5 is all about mastery over female laughter. This is such an important topic, as women routinely say one of the top things they want in a man is the ability to make them laugh. The problem is most men go about this the wrong way.

All laughter is not equal when it comes to attraction, and here Jason presents a hierarchy of female laughter based on the effectiveness in creating sexual attraction.

So the kind of humor that's really self-deprecating and where you are the brunt of the joke is what you generally want to avoid, and focus on the three examples provided here instead.

This is solid information and something a lot of guys get wrong. Jason does give you a ratio to follow (10%/50%/40%) of the three different types of status- boosting humor. This is more just a guideline to follow, and you don't need to obsess over these figures and get too caught up in your head trying to make sure you follow this exactly.

Module #6 is all about the methods and techniques that Jason uses for creating attraction, and goes for just under an hour. Everything here falls under the umbrella of using teasing and banter to create the attraction.

There isn't anything particularly new here in terms of ideas or techniques. Many of these things will work well, but you have to be congruent to use them properly. This means you have to display the right attitudes and behaviors of an attractive guy, as well as having the right beliefs. You can't just say a few lines by themselves and expect to get magical results.

So the more you work on implementing all of the ideas taught in the earlier modules, the better results you'll get from using the specific techniques.

The best situation to use these techniques would be in a bar/club environment. While they'll work on most women when done right, typically younger women in their 20's respond best to this type of stuff.

If you're looking to attract women who are older or in a more low-key environment, a solid book that takes a more toned down approach is Models: Attract Women Through Honesty by Mark Manson.

There's a number of bonus presentations included here along with the main course. Jason has asked Greg Greenway and Christian Hudson to talk about their top 10 techniques for creating attraction.

In Greg's presentation he covers specific lines and techniques that are designed to sexually escalate the interaction. This also revolves around the bar/club scene and is ideally used if you're looking for same night lays. There's some good info here, but nothing all that original, and it sounds like he has been influenced a lot by the teachings of Rob Beck aka Beckster.

Christian is in a long-term relationship, but uses examples from when he was single to present his points. Most of what he covers centers around the idea of being dominant and taking the lead. But Christian has a more subdued and laid-back style, so it's more about being dominant but also classy and a gentleman at the same time.

In fact there's a Q&A afterwards between Jason and Christian, and Jason brings up this point. Whereas Jason is very extroverted and high energy, Christian has a more low energy and relaxed vibe about him, and Jason gets him to talk about the different subtleties and challenges in meeting and attracting women for guys who fall into this category. There's some good advice here on what to do if this applies to you.

Another bonus is a talk that Jason gave at a Christian Hudson event. There's a lot of really good content in this video and he goes over a three-step process to keep in mind for being an attractive man. A lot of the ideas are based around the book The Way of the Superior Man by David Deida, who Jason mentions and gives credit to. Unlike most of the other stuff he teaches here, this presentation also includes info on staying attractive within the context of a long term relationship.

There's also a bonus which is one of the modules from Jason's Social God System, which covers creating your social god vision. It's just over 15 minutes long and will give you an idea of whether that might be a course you want to consider as well.

The other bonus is a short presentation on what millionaires do when they feel lazy. This video isn't about attracting women, but about inspiring you on what to do when you feel stuck or lazy and how to get back on your path to taking action towards your mission in life.

This product aims to teach you how to be the guy that is naturally attractive to women. The focus is more on working to develop yourself as a man than learning bunch of scripted lines or routines. There is a section that is all about techniques and methods, but this will work better when you've got a handle on the other stuff Jason teaches here.

It's meant for guys who have already read Jason's beginner's course, Make Women Want You, so check that out first. There's not really a lot of new ideas or information here, but the whole product is well organized and presented and gives you a clear idea of what you need to do and work on to become a more attractive man. Worth checking out if you are at an intermediate level and don't mind the hefty price tag.