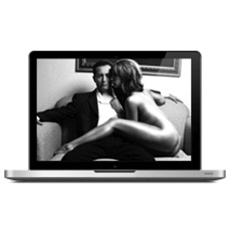 Overall rating
5.4
Effectiveness
7.0
Ease of Implementation
5.0
Innovativeness
4.0
Packaging/ Customer Service
7.0
Value for Money
4.0
Reviewed by Jackson Hunter
April 22, 2014
The Good
The ideas presented here can lead you to having better conversations with women. Practical examples are given to illustrate how you can use the different techniques in multiple ways.
The Bad
Expensive product and you need to wait for it to be shipped to you. Nothing original here and not a complete system.
The Bottom Line
If one of your biggest problems with women is not knowing how to keep a conversation going, this product will be of some help to you. However there is no informaton on approaching women, so you would need to be able to do this already or learn how from somewhere else.

The information here applies to general conversations, and doesn't take into account the specifics of different situations. It's only one part of a system and is missing key concepts that would allow you to get the most benefit from it. For a cheaper and more in-depth product, consider taking a look at Conversation Escalation: Make Small Talk Sexy.

Kezia Noble is one of the few female dating coaches that teaches men how to succeed with women, so it's interesting to get a woman's perspective on what works. The 10 Hook Lead System is all about conversation, trying to help guys who 'don't know what to say next'.

The two DVDs go for about two and a half hours total, and are taken from a live seminar that Kezia presented. At various stages throughout the DVDs there are also staged interactions of two different guys demonstrating what to do versus what not to do.

The 10 hook leads that are talked about are different strategies you can use to progress the conversation. Kezia defines a hook as every single word that comes out of a woman's mouth - and your aim should be to get high caliber hooks instead of low caliber ones. This is good information and when you can do this effectively you'll become a better conversationalist.

So for example, if you ask a woman how she is and she says 'fine', then that is the only hook you have to work with. Because you don't have much to work with here, this is when guys can get stuck for conversation and the anxiety of not knowing what to say next.

Kezia talks about how this feeling can manifest itself in three different ways:

Another interesting point she makes is that running out of things to say can either fuel or re-fuel approach anxiety. She gives the example of guys who are able to approach women without much problem, but because they don't know where to take things from there they eventually give up because they think it's a waste of time. They stop approaching altogether because they're expecting women to be unresponsive to them.

The vast majority of the presentation covers the 10 different hook leads and how to effectively use them. If you take the time to learn and practice these different techniques then it will help you to be able to carry on more interesting conversations.

There isn't anything original here though, and all of these tactics have been taught by numerous other people. There's also some overlap between a few of the 10 techniques, as some of them are very similar. And it's a fairly expensive product when you consider it's just rehashing information that's already out there.

Kezia gives a kind of sliding scale where she presents what she considers to be the highest caliber hooks ranging down to medium and low level hooks. There isn't really any reason given for this, and it's possible that it's just her own personal opinion. But the highest hook that she lists is never used in any of the examples and was kind of a waste.

The high caliber hooks you're looking for are basically just topics you can use as a launching pad to expand the conversation. So if a woman tells you she's from Sweden, she's travelling alone and that she works as a nurse, then the hooks you have to work with are Sweden, solo travel and nursing. From here, you can choose from the 10 different hook leads to explore one of these topics.

Most of the examples that Kezia gives are focused around the same two hooks - where she's from and what she does. It would've been useful to have a bit more variety in the examples and the types of conversations you can have.

One of the negatives with the product is it doesn't cover specific situations or different contexts - meaning this isn't a complete system you can use. There's also a lot of conversational techniques that aren't covered here, meaning it is limited in it's scope.

She just makes the assumption that you're already in a conversation with a woman, rather than showing you how to start one and then lead into the ideas that she teaches. Since this product is aimed at beginners it's a vital part of the whole process that is missing.

There's also no distinction made between different scenarios you may be in and how to handle them accordingly. Kezia talks a lot about chatting to girls in clubs, but her particular style is very low energy and overall her tactics are not best suited to this environment.

It's possible that Kezia is mainly referring to high-end lounge type places that she frequents in London, where the venues have an overall lower energy than what you get in more typical nightclubs around the world.

In any event, her system just kind of assumes you're in conversations with girls and then you ask her where she is from or what she does. But it doesn't take into account that women might not want to answer these questions from you. That they get asked these questions all the time and if this is the first thing you say to her she might assume this is just going to be another boring conversation.

Or that she might not even be looking to have a conversation. If she's in a club she probably wants to have fun and escape from her regular life, not answer a bunch of personal questions from a guy she doesn't even know. And if she is there with some friends (most likely) then it's helpful to know how to interact with her group as you might not be able to talk to her one-on-one.

So these are some areas that the product doesn't address. How to convey value so that women are open to talking to you. How to create attraction. It's all well and good to have good conversational tactics, but it won't do you much good if you don't know how to begin conversations or women have no interest in having a conversation with you.

These ideas are likely to be easier to implement if you're in a quieter area with a girl and can speak one-on-one with her. So if it's in a daytime setting such as a coffee shop, it'll be easier to use. Probably the best scenario though would be when you're out on a date with a girl. So if she's already attracted to you and you want to steer the conversation towards getting to know each other better, these techniques would work well.

But for a nightclub and the initial part of the interaction, most guys without much experience will struggle to effectively make this work. There's better information to be found for this type of environment in Conversation Escalation: Make Small Talk Sexy and Make Women Want You.

It does a good job of showing you what to avoid, and these are mistakes that many guys likely make. I wasn't that impressed with the correct demonstrations though and overall it could have been much better.

I believe the two guys are instructors who work for Kezia's company, but there were some things they were doing that weren't that great. One of the guys has some bad body language and overall is too keen to try and get rapport with the girl. The other guy is sometimes too aggressive for this situation and at one stage reaches right over the table to force the girl into a hug, which is just weird.

Because it's a fake interaction it's also lacking a sense of realism, and I had the feeling the girls were reacting in a way they've been told to rather than how they would in a real situation.

There wasn't any context given to the interactions either, and I assumed it was meant to be as if the guy had just walked up to the girl's table and approached her in a coffee shop or cafe. It would have been more beneficial to set the scene beforehand and include examples of the right way to approach and then let the conversation unfold naturally using these techniques.

If one of your biggest problems with women is not knowing how to keep a conversation going, this product will be of some help to you. However there is no information on approaching women, so you would need to be able to do this already or learn how from somewhere else.

The information here applies to general conversations, and doesn't take into account the specifics of different situations. It's only one part of a system and is missing key concepts that would allow you to get the most benefit from it. For a cheaper and more in-depth product, consider taking a look at Conversation Escalation: Make Small Talk Sexy.