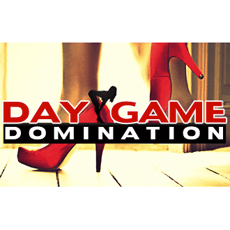 "Hmm... a little underwhelmed by Rich and Yad's collaboration"

Overall rating
5.1
Effectiveness
6.0
Ease of Implementation
6.0
Innovativeness
1.0
Packaging/ Customer Service
8.0
Value for Money
4.0
Reviewed by fluid daygame
June 02, 2013
as an avid daygamer, ive been waiting for this product for a long time - at least a year its been in production, hints being dropped online at the PUATraining / Yad collaborative masterpiece, so when it was announced by email i immediately ordered a copy.
however, i have to say that im dissapointed, quite dissapointed. Ive seen it all before, very recently.
The format of the product is talk show style, Richard Gambler as the host, interviewing Yad as they go through Yads approach videos one by one. sound familiar anyone? The Yad show, maybe? when you subscribe to the Yad show (as did) you get exactly this. Jon Matrix effortless infield anyone? you get exactly this with Jon and Tom disecting Toms approaches, - with twice the number of approach clips for half the money that PUA Training charge.
PUA companies need to man up and move away from teaching us what we already know, we have seen the street approach to phone number a million times now, PUA Training selling us the same thing again is simply not worth the time.
To be fair, i may be being a little harsh. Its an ok product. if you have never seen street approaching and have no idea about it, and have £200 to throw away then you will get a nice overview of seven approaches. However, if you have been daygaming at all, or have any other products like the ones i mentioned, then really you are being sold the same thing which you already have. Gambler adds nothing to the field, just recaptitulates what we already know, much like his recent, also disappointing book. It seems like Gambler these days is not interested in innovation, he is a marketer who just sums up other peoples work. As a direct choice between this and Jon Matrix Effortless (from Daygame.com) its very easy to choose the better product. Jon gives you over twice the approaches, and costs just over £100 and so is vastly better value and a better product. overall 5/10, PUA training losing big marks for an over expensive, formulaic product covering the same ground as others have done better.
Help other users find the most helpful reviews
Was this review helpful to you?