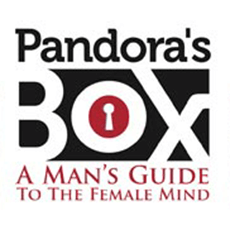 "Rather expensive, but it worked for me"

Overall rating
7.4
Effectiveness
10.0
Ease of Implementation
5.0
Innovativeness
10.0
Packaging/ Customer Service
5.0
Value for Money
7.0
Reviewed by New Guy
April 22, 2013
Let me start by saying that when I bought this ONE MONTH AGO, I was a 23 year old virgin who had given up hope of finding a girlfriend. Now, I have more female attention than I'm actually comfortable with and have a girlfriend who will make me breakfast after driving into to town the night before just to be with me..

Now, did it make me a, "Sexual God," like it said it would? So far? No, not really. But my attitude about that is more along the lines of, "Not yet." The very day after going through about half of the Core Program I noticed many girls in my life acting differently around me, in conversation with me, being more touchy feely, making eyes. You know, that LOOK. I had seen it maybe from five girls in my life before. Now, only a month later, it's a look I get from most girls. Not all, but a large majority, including girls already in relationships.

I find it easier to talk casually with women now, I don't clam up and get nervous nearly as often, and not nearly so badly. I find it very easy to understand their points of view now. It's as if I've learned a new language. I feel as if the knowledge I've gained has awakened a part of me that lay dormant before. Like the real me has woken up. The confidence I gained from this program is astonishing, my life has been surreal in many ways since my purchase.

Now, this may not be for everyone. If you already have decent game, you could benefit from the 3 Conflicts & 8 Types information, but you don't NEED it. I did. It's not going to be easy for most guys to understand and effectively implement. It's a lot of time spent repeating the videos and learning them so you can almost say it by memory. If you don't really KNOW the material, it's useless. This is not a quick sit down, all you need to know, now GO! kind of program. You almost need to be desperate to get the full value of this program. I was.

Bottom Line; If you are hopeless with women and NEED real help, here's your huckleberry. If you just want to up your game, it can help with that too, but it may not be worth it.
Help other users find the most helpful reviews
Was this review helpful to you?