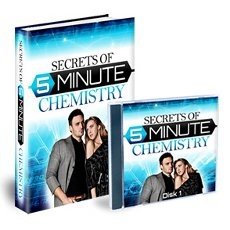 Overall rating
8.7
Effectiveness
9.0
Ease of Implementation
9.0
Innovativeness
7.0
Packaging/ Customer Service
9.0
Value for Money
9.0
Reviewed by AlphaPr1nce
July 26, 2012
So I finally finished this product today over a couple of weeks because I was busy with other stuff(all his videos except the one about sexual aggression) and here's my opinion.

1. Awesome Formats.
What I loved about product was that he has the video and the pdf of the video and that allowed me to follow the pdf while listening. And that was awesome.
He also had everything in mp3 format (i think it was everything) which was alos super awesome.

2. Newbies + A bit for the Pro's.
Well, I think Sinn really understands the material very well, which makes him one of my favorite teachers. He covers a lot of the basics really well in this product.
I wouldn't say all the basics but quite a lot of them.

3. Fails to Deliver Promises.
Well sometimes he over exaggerates how powerful his stuff is. Yes it's powerful and valuable but I think sometimes he makes it seem like it's the ultimate answer to all life's questions when it's just a tactic. Like he promises in his third video (I think it was the 3rd) that you won't ever run out of things to say after the video. That's BS. Yes, he does have really good lessons on how to keep a conversation going by not running out of things to say but it's going to help a lot. It's not going to solve everything!!

4. Exaggerations in general and sometimes distortion of the truth.
I think it's a common problem that a lot of producers have. I don't think Sinn has it that much but he does have it. Sometimes when saying over lessons he over exaggerates the application and over-all value. Sometimes you have to filter out the truth. That's super-out important. Anytime you learn something you have to try to understand how best to apply the strategies.

5. Super-Powerful Stuff. He does have some really powerful and deep concepts in these videos. Here are some examples...
a) Relax while talking with others because it will help you think of things to say.
b) Valuing the other person too much makes you look desperate that's why you have to be non-reactive to whether or not they like you.

6. It's Not Complete.
In other words, yes he does have a lot of elements that are very important (I don't think he gets really advanced in the videos but he does get deep with his concepts) but he doesn't have all the secrets to 5 minute chemistry. It's a lot of stuff but it's not everything. There's a ton more. But you kinda have that thing with a lot of products.

----
The Bottom Line.
Very good and deep product. It will help you review the basics and understand them on a deep level. I loved it! Can really help boost your game. But if you claim to know all the basics really well on a deep level maybe you could benefit for more advanced material such as the revelations book.