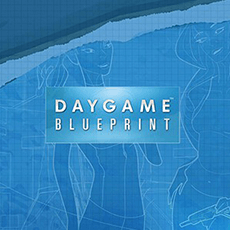 Overall rating
7.9
Effectiveness
8.0
Ease of Implementation
8.0
Innovativeness
9.0
Packaging/ Customer Service
7.0
Value for Money
7.0
Reviewed by Michael K
July 25, 2012
I'll start out with this review by saying I'm fairly introverted to start with. That being said, as much as I enjoy going out to the bars and clubs from time to time and have a good time. I have a harder time approaching women in those higher energy venues. It takes a unique and different kind of approach to approach women in bars and clubs. The reason is because women obviously dress up and go out to look good, compete with the other women, and meet guys (even though they don't all admit it). So with this in mind, women already have this mindset and they KNOW they're going to be approached by multiple guys. So what about Day Game? If you think about it... (Andy and Yad go over this well), a woman is thinking about her everyday life when she's out and about during the day. She's in a totally different state of mind. Which is why the Day Game Blue Print is GREAT! Plus, it doesn't HAVE to be Daylight out. It could be used anywhere outside of the usual bar/nightclub scene.

The Day Game Blueprint goes over a TON of stuff regarding strictly Day Game. Right off the bat they show you how to approach women in the Streets. That's right. They show you exactly how to approach a woman and capture her attention while she walks down the street to do whatever it is she's doing. They go over in depth how the entire process works from the initial "Capture" phase of catching their attention, to the Attraction, Rapport, Seduction phases. The best part is that in Day Game it is best to throw a straight up compliment at her about something in particular whereas, at a bar or night club.... women hear compliments ALL THE TIME, so they aren't nearly as receptive to it as during the day when the last thing they're thinking about is men hitting on them.

Anyway, I'm getting off the subject of the review... I REALLY enjoyed going through the 18+ hours of video instructions (that's not even including the hours of Bonus Material). Andy and Yad as well as all of the other instructors have a VAST amount of knowledge with Day Game. The best part is they have video footage of them approaching women and you get to watch EXACTLY how they do it and how they are interacting with the women. They do breakdowns through the process to help you understand HOW and WHY they're doing what they're doing and why it's WORKING. They also show the contrast of new students that didn't do so well and show why it DIDN'T work for them at that time.

I'm personally a big fan of the Day Game concept more so than Night game. Don't get me wrong, I'm still a beginner at this stuff so I've still got a LOT to learn in both areas, but I was VERY happy with my purchase of this product as they break everything down for beginners to advanced experience levels. They have so many different instructors as well that cover many different topics from Love, Sex, Relationships, to Self Amusement/Humor witih women. It's amazing how simple the initial approach sounds but they break everything down very well.

Being that I'm still a beginner to this stuff, I can't really point out any particular negative aspects of this program other than I wish they had gone over some more "areas" to pick up women in other than the street like the beach, for example. Most of their basis of Day Game is done picking up women walking down the streets. But at the same time, if you can master picking up a woman on the street, then you can pretty much pick up a woman anywhere. :)

I highly recommend this program for those interested in learning how to pick up women in the middle of the day, or EVEN THE NIGHT. It doesn't HAVE to be day light out to do it. It's mostly for any area outside of a Bar or Nightclub type of scene.

-Michael K.
Help other users find the most helpful reviews
Was this review helpful to you?