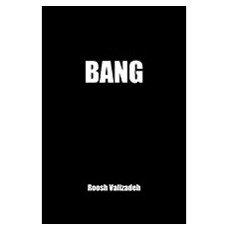 Overall rating
5.1
Effectiveness
4.0
Ease of Implementation
8.0
Innovativeness
1.0
Packaging/ Customer Service
5.0
Value for Money
5.0
Reviewed by Jackson Hunter
April 18, 2012
The Good
Pretty straightforward and easy to understand. Some good advice about the right mentality you should adopt for getting better with women.
The Bad
A lot of the advice feels very outdated, while some of it is unhelpful and can lead you down a negative path. Nothing really original to say, particularly unhelpful if you want to learn about having relationships with women beyond a night or two.
The Bottom Line
The title of the book says it all really. It aims to teach you how to 'bang' women and 'rack up notches on your belt'. There is some information in here that is helpful, but most of that is available elsewhere.

Seems more like it is geared towards young men as the overall tone is quite immature. If your only interest in women is how to get them into bed, you might find this interesting. If you have a healthy respect for women then you are unlikely to get much out of this product.

Bang is a book by Roosh V, and aims to teach you how to have sex with women as quickly as possible. I'll let you know right up front that if you're looking for advice on healthy relationships with women, you don't want to read this book.

There was something about all the talk of 'banging' and 'racking up notches' that was particularly dehumanizing. There was no empathy shown here and nothing mentioned about actually enjoying women on a deeper level or having a connection with them. That their sole purpose is to simply 'bang' you.

I don't think this was intentional by Roosh, but this book borders on being mysoginisitc. There are some really unhealthy attitudes espoused here which will do you more harm than good.

In a nutshell, Roosh advises that you should try and meet women in lots of different situations. This is good advice, and his philosophy of looking at the overall picture rather than one specific interaction is also spot on.

He takes the view that your goal is sex, and you should go for it as quickly as possible. So, you should push for sex on the same night you meet her rather than just settling for a phone number.

Failing that, get her number and go on a date, or series of dates with her until you 'bang' her.

There isn't much advice about what to do after you sleep with her, other than that you shouldn't get married and should always be on the lookout for more girls to 'bang'.

This has the feel of something written years ago, when dating advice was much less evolved. The overall method mainly consists of being indirect about your intentions and playing on her insecurities as a way to get her into bed.

Roosh advocates using different conversation threads and 'routines' to attract women, but his defenitions and examples of routines are not the best.

Some of the things he suggests talking about and specific lines come off as pretty weird. However, some of them are okay and will lead to interesting conversations. Unfortunately there is too much bad mixed in with the good.

He suggests a number of routines he uses when meeting women or on dates that are a must if you want to sleep with them. In reality, there is no such thing as a 'must use' line or routine or similar that you have to use on every single girl. This is a fallacy. The specific examples he gives here are mediocre and were more popular years ago.

There is quite large section devoted to phone game, and this feels very dated as well. Specifically, his avice that 'text messaging is a waste of time that makes it harder for you to get laid'. This is a ridiculous statement that bears no semblance of truth whatsoever.

In reality, the advent of texting makes it much easier to get in touch with girls and flirt with them which will only help your chances of arranging a date.

Instead, the informtion is all focused on calling girls and how they will never answer when you call them so you'll have to leave messages and wait for her to call you back. That she's likely to play a lot of games at this stage and you'll be lucky to see her again. None of this has matched my experience at all, so take it with a grain of salt.

There is a large section dedicated to what to do once you have the girl alone somewhere private. When it comes to advice on sexual skills, this is quite basic. There's not much worthwhile here as it has a very mechanical feel to it. As if you were assembling a piece of furniture and instructed to 'put piece A into socket B'.

Then there is some really bad advice, such as not speaking to the girl right after sex as a way to make her feel insecure and vulnerable. That you should play it cool so she won't know what you're thinking and you won't give the impression you like her or are falling for her. Immature advice really.

He later goes on to say what to do if the girl still likes you after sex... well the main reason she won't like you after sex if you are playing games and trying to make her feel insecure.

Breaking Up With Girls

The section on ending relationships is not good. Basically his tactics consist of ignoring them or lying to them. Pretty much anything except treating her like an actual human being and being honest with her.

Here is his advice for 'banging' single moms: 'Give her the peace of mind that you are open to building something with someone you have a connection with, and then get her in bed like you would any other girl. I recommend you drop her immediately after sex. You really don’t need the drama or baggage that comes from single mothers who get knocked up by men who don’t care for them.'

But his main goal with breaking up with girls is to leave the door open to go back and 'bang' them again in the future, rather than doing the right thing.

Some other pieces of advice you'd do best to ignore:

The title of the book says it all really. It aims to teach you how to 'bang' women and 'rack up notches on your belt'. There is some information in here that is helpful, but most of that is available elsewhere.

Seems more like it is geared towards young men as the overall tone is quite immature. If your only interest in women is how to get them into bed, you might find this interesting. If you have a healthy respect for women then you are unlikely to get much out of this product.