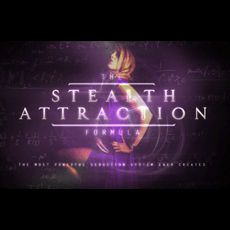 Overall rating
7.3
Effectiveness
7.0
Ease of Implementation
7.0
Innovativeness
8.0
Packaging/ Customer Service
8.0
Value for Money
7.0
Reviewed by Amir
July 25, 2011
I got to know Gambler and Adam by their Stealth attraction.. it is basically twelve month of videos that is released month by month.. depending on the deal they have, the first month is free, five bucks, or something like that. The product has been done really well and unlike David D's products or some other gurus that the demos are shown using students, which in my opinion is annoying, it is done using their female friends or probably female models. The film is produced in a very pleasant environment. This was one of the things that caught my attention and liked it a lot. Richard (Gambler) and Adam also have paid close attention to their fashion which was impressive. Overall the first few month the product was seemed really fresh and innovative to me but after month 4 it materials seemed rather repetitive at some points. The price of 80 to 90 dollar a month seemed fair and like other places, however I would have been more eager to continue if it was around 50.
Recently I read Richards "Natural Game". It is similar material but surprisingly is explained in a way more concise and interesting way. It could be because Richard explains from his AFG state to getting some results to his Guru/trainer state. It is much easier to relate and make the transition in the mind.
Overall Gambler is a very honest, guy and is easy to follow his stuff. I liked his Natural Game better than Stealth Attraction. However the latter is also descent and i could get some good stuff out of it.