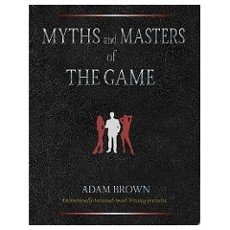 "A Journalist Follows the Story of "Project Rockstar""

Overall rating
5.5
Effectiveness
5.0
Ease of Implementation
5.0
Innovativeness
3.0
Packaging/ Customer Service
7.0
Value for Money
8.0
Reviewed by Angel Donovan
April 06, 2011
The Good
Sticks close to the truth of Project Rockstar, illustrates the journey of learning about the end game that most men go through when they learn to get better with women
The Bad
Limited perspective leads it to be biased towards Love Systems approach to dating, not as entertaining as "The Game"
The Bottom Line
Not as entertaining or groundbreaking as "The Game". The book has value as a tool for less active guys in the community or men who have read "The Game" and perhaps were put off by it - or didn't quite get it. This book could give men a better idea of what the end goals and benefits of studying and training with pick up artist (or dating) instructors is about today - and perhaps they will find it motivating. Stories are often the best sources of motivation.

Myths and Masters of The Game has been dubbed as the unofficial sequal to The Game. That places a great deal of expectation on the book and its quality - The Game was a #1 bestseller on Amazon and The New York Times lists for a long time and was responsible for unveiling the "Pick Up Artists" to the world.

Adam Brown deserves respect for stepping up to attempt this follow up. Neil Strauss was already a celebrated 'gonzo style' journalist and book writer before he wrote "The Game", and it was a 'first'. As with films, the first is always the easiest. The sequal takes more work to make a success. It's even more ambitious given that while Adam is an achieved journalist (primarily war correspondence) he hasn't written a book or in this style of writing before.

Having said this... let's get into the review.

The Origins of Adam Brown's Perspective

Whenever reading something, it is good practice to understand where the writer's perspective is coming from.

Neil Strauss evolved in the midst of a small-select group of the the best of the pick-up artist community when the 'community' was relatively small. In 2001, for instance, it still numbered only in the hundreds. And the active members were just a small segment.

Today, the community is enormous - having hundreds of thousands of members. That has through sheer numbers produced some very talented men. Adam Brown found his connection through the second "Project Rockstar" and Love Systems.

Project Rockstar: An ambitious project led by Love Systems' Mr. M to transform the lives of a small group of men by putting them through an intensive full immersion 'pick up' training program over 2 months. The men were selected from a pool of applicants based on their motivation and oustanding success in other areas of their lives (e.g. business). Training is provided 'for free' by a variety of pick up artists supportive of the project - most from Love Systems.

Adam Brown follows the members of Project Rockstar and the instructors, most notably Mr. M through their entire 2 month journey - and this is the story covered in this book.

Due to Adam's connection point, his perspective is highly influenced by Love Systems and their approach to dating and pick up. Readers should keep in mind that "Love Systems"is just one slice of the community. Through the community's enormity today it has created many factions and different methods - many of which are viable and effective. Adam Brown only learned about the Love Systems faction.

As a result, Love Systems is touted as the fasted growing dating company and built up a bit throughout - is this true? Maybe. Love Systems is big, and it has grown fast. But there are others. These include Venusian Arts, Double Your Dating, Real Social Dynamics and Dicarlo Diclassified. What I will say is Love Systems is run well - like a professional company, with solid foundations, and as a result is more likely to last and continue to grow than many of the hundreds of other dating companies.

Adam doesn't have the distance and perspective of the years of involvement that Neil Strauss had either. The Game came out in 2005 - Neil started down the road 6 years earlier in 1999.

Getting Closer to the Truth

What Adam lacks in perspective he makes up for with "timing".

The community, or parts of it, have come a long way from their beginnings and where they were in 2003/ 2004 when the events in most of "The Game" took place. It has gained in maturity, in skills and some of its members today take-on much greater goals than just picking up women.

There remains a lot of crazy stuff out there, much like you read in The Game. In fact, some of it got a lot 'crazier' after The Game and hundreds of thousands of new members joined across the world.

This is the story of Adam's book - and the reason this is a useful unofficial follow up to "The Game".

What Will You Learn?

As with "The Game" don't expect to learn much from this book - it's a story, first and foremost. If you are new to all this, it can give you more insights into what those 'pick up artist community' guys are all about.

There are bits of advice given here and there as the events are narrated from pick up instructors to the Rockstar members. There are also excerpts of Love Systems material at the beginning of each chapter. This will give you ideas about how the Love Systems approach to dating works, but not allow you to implement it. Overall, there is more dating advice than "The Game" had, but this isn't a book for learning dating skills.

What you may learn from this story is actually the same thing Neil Strauss attempted to convey in his book. What your end goal should be. By taking you through the experiences of the Project Rockstars, and reporting on the self-discoveries they make, and how their personal goals change from those they started with to bigger goals - it provides valuable insights.

Caveat: So far, I have not met anyone who has not had to go through the actual experiences in order to come to these conclusions themselves. This is nothing new, any philosophy book you pick up will talk about the necessity of the path vs. the goal. Simply reading about how others learned to change their goals doesn't seem enough for the majority of us to learn these important lessons - it's much easier to learn through direct experience - through the path.

Nonetheless, I do think that by having read these stories we do connect the dots quicker when we find our emotions telling us something isn't right - that something needs to change - and there's the value.

Entertainment Value vs. Sticking to the Truth

The book doesn't have the same chutzpah as the Game did. Neil had a good balance of humour, novelty and the weird and interesting in "the game" and it was just a great read. The characters were exaggerated and even renamed and merged to make it more entertaining. This book sticks closer to the truth, and in a way pays the price with a lower entertainment value. It was a little slow in the beginning in particular.

But I think it's better this way - it's part of why there's something to learn about the realities of the game here.

Will Myths and Masters Be Another Hit?

Unlikely. The book isn't as entertaining, or groundbreaking as "The Game" was. As I said, it was an extremely ambitious goal.

I also personally found that it resembled too closely the structure and form of "The Game". From the pictures and notes strewn within it, to the excerpts included at the beginning of each chapter. It felt like it was following in the footsteps of its predecessor instead of taking a more original road.

I'm sure the book will stir up a lot of controversy with the more active community members and other companies about the 'selective bias' perspective I have highlighted above. Let's put that to the side - with Adam coming to the community externally and with it at its current size and diversity - it was inevitable.

I think the book has value as a tool for less active guys in the community or men who have read "The Game" and perhaps were put off by it - or didn't quite get it. This book could give men a better idea of what the end goals and benefits of studying and training with pick up artist (or dating) instructors is about today - and perhaps they will find it motivating. Stories are often the best sources of motivation.