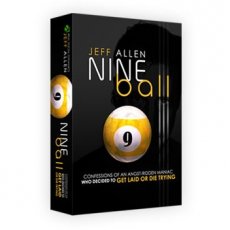 "An Exceptionally Authentic Account of the Path to Mastering Dating Skills "

Overall rating
6.7
Effectiveness
7.0
Ease of Implementation
5.0
Innovativeness
9.0
Packaging/ Customer Service
9.0
Value for Money
6.0
Reviewed by Angel Donovan
February 23, 2011
The Good
Throughly authentic account of the journey to become good with women, instructive about the 'darker' stops to be avoided, entertaining read
The Bad
Don't expect to learn pick up techniques or dating skills
The Bottom Line
I recommend this to men who want to 'pick up' a lot of women, as it gives great insights into the 'darker side' of those aspirations and where they can lead. It will push you to challenge your desires, and ask you what you really want to get out of the journey.

There are a few auto-biographical and biographical style books that have come out. The most famous is "The Game" by Neil Strauss. Then there is a semi-autobiography from Mystery (Erik von Markovik) in "The Pick up Artist" which includes some scenes from Mystery's life in an excerpted fashion. The best to come out to date was Metawhore by Hypnotica (Eric von Sydow) describing his life and sexual and inner game exploration.

"Nine Ball" is similar to Metawhore in that it's an extremely authentic and direct account of the worst of Jeffy's path to learn to get better with women. It includes all the gory details.

I'd recommend this particularly for guys who are starting to become successful with women. At this point it will offer some great food for thought at what you should be doing with your skills to actually gain 'satisfaction' from them. You may also just enjoy it for the entertaining look into the history of a well known pick up artist.
Help other users find the most helpful reviews
Was this review helpful to you?