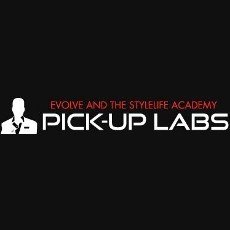 
See other courses and coaching
from Pick-Up Labs.

This coaching on approaching and attracting women is being offered on a case by case basis. Contact Evolve for any inquiries.

Personal 1-on-1 coaching with Evolve

Instructor(s) for Coaching:
Evolve
Date Program Took Place:
August 29, 2011
I walked away from the event with a sense of empowerment and awareness that I had been in touch with before but had not fully tapped. Obviously I still haven’t–but I’m that much closer–and though we only scratched a lot of the surface over the three days you guys enabled us to go deeper on our own, and ideally show others how to do it themselves. All of it was truly life changing stuff, and that’s how it felt afterwards.

Comments (0)
Help other users find the most helpful reviews
Was this review helpful to you?
4 of 4 people found the following review helpful

Instructor(s) for Coaching:
Evolve
Date Program Took Place:
August 17, 2011
There are a lot of things one could list, if they spent the time, of things they would like to change about themselves. No one is perfect, not even in their own eyes. Straighten a crooked smile, deepen a tiny voice, regrow that ever-retreating hair line. What most people don’t know, however, is that somewhere inside is a forgotten part of us fighting to get out. What we look like on the outside isn’t nearly as important as how we feel on the inside. It’s only because, during our lives, the person we want to be keeps getting beat down until that person becomes nothing more than a whisper from the back of the room in our minds.

When I set out to change my life after years of dead-end roads, I knew I needed help. As a learner, I do best with one-on-one teaching and the only place I knew to get it was from the Stylelife coaches. Signing up for the conference was a monumental decision in my life. But signing up for private coaching with Evolve and The Sneak trumped it. Even on a Monday night, I had more fun than the entire week I spend with friends cruising around LA. What I learned in that brief period, I still carry with my every day. These aren’t supermen. They didn’t graduate from some prestigious ivy league institution. They are guys like everyone else who decided to change their lives for the better and didn’t stop. I learned as much from what they told me as I did from what they didn’t. And what they didn’t say was, “Oh, you can do it if you only try.” They said, “You can and will do this only if you commit.” And they meant it. They answered every question I had and what at first felt like private coaching, by the end of the night felt like a group of guys hanging out for a night on the town.

Ask yourself this: Are you ordinary? Do you want to be Extraordinary? These guys are a springboard, a catalyst, to that goal. I see the same guy in the mirror every day, crooked smile, retreating hairline and all. But my life is quickly becoming extraordinary. Maybe I could have done it on my own. But I doubt it. I just had to have someone show me the right way to go and I started off in that direction and I don’t plan on stopping.

Comments (0)
Help other users find the most helpful reviews
Was this review helpful to you?
3 of 3 people found the following review helpful

Instructor(s) for Coaching:
Evolve
Date Program Took Place:
August 13, 2011
I was recently able receive a private lesson from Evolve and The Sneak. We spent 14 hours of non-stop talking, practicing, and approaching save the few seconds we stopped to breath and eat. I think I got a really good deal. I consider the lesson I took to be one of solid value based on the amount of time dedicated to the lesson, the experience level of the instructors, and the quality of the instruction.

Evolve and The Sneak are clearly talented professionals. Evolve has a polished ability to converse on nearly every topic in a way that is both comforting and intriguing. His technical expertise with the game is nothing less than impressive. While he is very advanced with his own abilities, he was able to break down simple and important elements in understandable and helpful segments. Thanks to Evolve, I have a much better understanding of push-pull theory. Now I know what “locking-in” means; I know what pebbles are and how to use them. I was given a list of DHV topics, etc.

The Sneak brings an energy to his game which seems to push everyone’s “fun button.” While Evolve played a little bit more of a professorial role, The Sneak was a little bit more like that ace student who helps you study. He literally quizzed me at various points in the day to ensure I was making progress. He also provided me with a simple diagram which explained one method of using the game–which I employed later that night. By the way, people (especially women) love to approach The Sneak. Even burlesque dancers were touching him when they performed. If you get a chance to ask him his secret, I suggest you ask him his secret.

The basic rundown of my experience went like this:

We started the day at a coffee shop where we all introduced ourselves. I spent the next couple of hours divulging information about myself which allowed Evolve to help me build my own openers, DHV stories, and general conversation ability. In between my story telling practice, I asked as many questions and took as many notes as I could. By mid afternoon, we went to the mall where the instructors helped fill some major gaps in my fashion knowledge and inventory. While at the mall, I got my first crack at day-game. Never before in my life had I approached that many girls during the day. Both Evolve and The Sneak were able to give me suggestions and feedback; and they rescued me–I mean, winged me–in sets. We got dinner and proceeded to a cool bar where mixologists concocted unique drinks which only existed for that night. The challenge continued, and I was encouraged to approach sets with a unique “dreams opener” we had developed earlier that day. It wasn’t long before Evolve sent me into a 3-set of beautiful women. Any one of them could have been my target because they were all very good-looking (HB8+). I thought I was going to get shut out, but after an early recovery I ended up using almost every element of the game I knew. In retrospect, it was almost the equivalent of a final exam. With The Sneak’s help, I number closed the primary target. The night wound down not long after, and we finished with a debrief in a Thai restaurant. In summary, this is not the end of my journey toward becoming a master social artist. It’s probably a lot closer to the beginning. However, I was provided with the tools and direction to move forward with my education in this field. I look forward to learning more about all of this. I thought Evolve and The Sneak were exceptionally interesting and insightful. I would consider myself lucky if our paths cross again.

Matt G.
Comments (0)
Help other users find the most helpful reviews
Was this review helpful to you?
1 of 1 people found the following review helpful

I've been friends with Evolve (AKA "Handsome George")for years and finally had a chance to go with him on one of his bootcamps. I have to say that what he's doing is pretty awesome!

Being a girl, I was a total skeptic with the whole pick-up artist thing, but now I totally get it. My girlfriends and I were super impressed with how much he cared about his guys and how genuinely important it was for him to help these guys succeed.

If you want to learn pick-up from someone who cares and isn't trying to turn you into a total DB, (pardon my french) then Evolve is your guy.