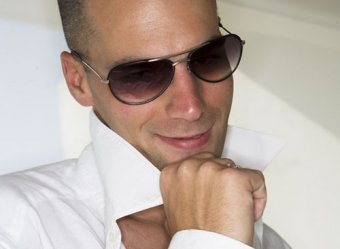 Badboy is one of the earliest Pick Up Artists having appeared in the late 1990s.

He was the first to offer dating coaching services in Europe (flying in from Eastern Europe, or having people fly to him in Croatia).

Being an alpha male

Badboy (Daniel) was a professional ping pong player and in his early years was injured in an accident. The accident has given him partial restriction of movement.

Dan grew up and has remained in Croatia all his life.

Bad boy was one of the earliest members of the Pick Up Artist community posting on the forums and usenet in the 1990s.

Despite a 'disability' from an accident he became well known as one of the best pick up artists in the pick up artist community in its early days for his posts on the forums.

In later years they started a "Summer Holiday bootcamp" for a large group of men to go on a pick up training holiday on the beaches in the summer in Croatia.

Later he was one of the first members of Mystery's Lounge where some of the best pick up artists posted in private. He teamed up with Ranko Magami (known as Shark) in 2003 to offer dating bootcamps on direct game in Europe.

In June 2011 he announced to his email list that he was running one final summer holiday group bootcamp in Croatia before quitting his dating coaching career. Since then it has become unclear whether he has put an end or not to his dating coaching activities. His emails indicate he is still partially active.

Help us improve this profile of BadBoy by sending us any information you believe to be missing, wrong or lacking detail or good quality images we don't have. Please state sources where possible to make our job easier to verify the correctness of the information.